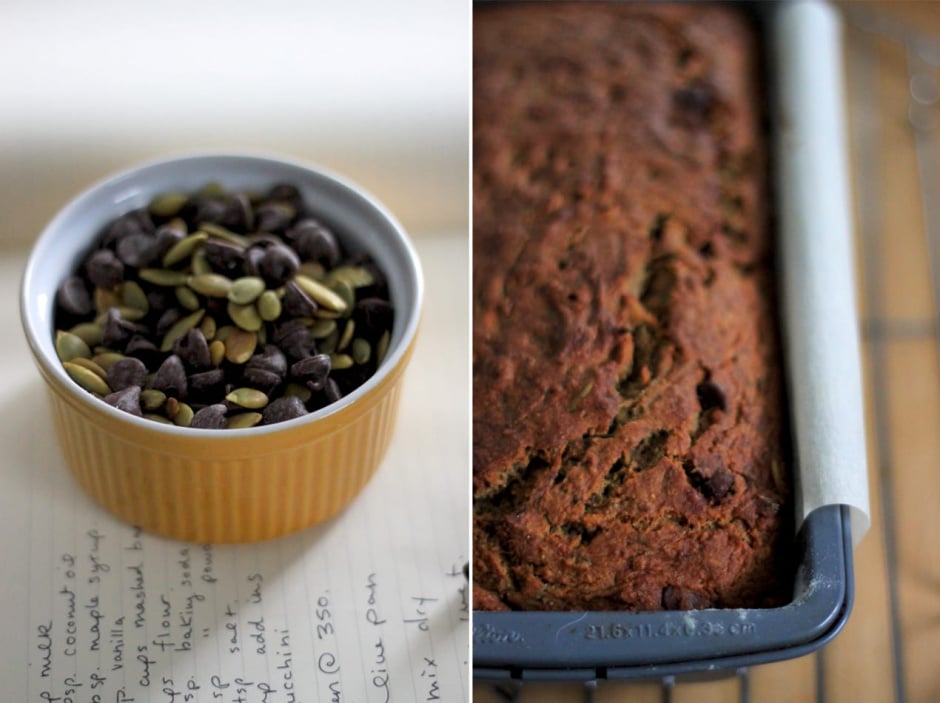 Another breakfast treat! Clearly I’m living the good life. I’ve been getting into autumnal baking mode lately and craving little sweets with tea. To avoid the dizzying sugar highs and general lethargy associated with constant cake-eating, I try to include at least some whole grain flour and the smallest amount of natural sweetener I can muster. I’ve always found banana bread comforting (with chocolate chips, no substitutes), but I’ve been known to enjoy spiced zucchini bread quite a bit as well.

So I combined the two! And with fantastic results. I just realized that we had about 3 Costco sized bags of quinoa in the pantry, so I figured I would make flour out of some of it (seriously, I don’t know anyone that could eat that much quinoa). The flavour of quinoa flour is quite strong, especially when you make it yourself. It works particularly well here with the banana, chocolate and toasted seeds muting its flavour out a touch. It also ramps up the protein content big time.

Whole spelt makes up the other half of the flour used, while maple syrup fills out the role of sweetener. A little extra virgin coconut oil along with the zucchini makes it moist. In review: fruit, vegetable, wholesome little seeds, natural sweetener and all whole grain flour. Oh and a bit of chocolate. This little loaf cake is health city! Breakfast treats for the win! 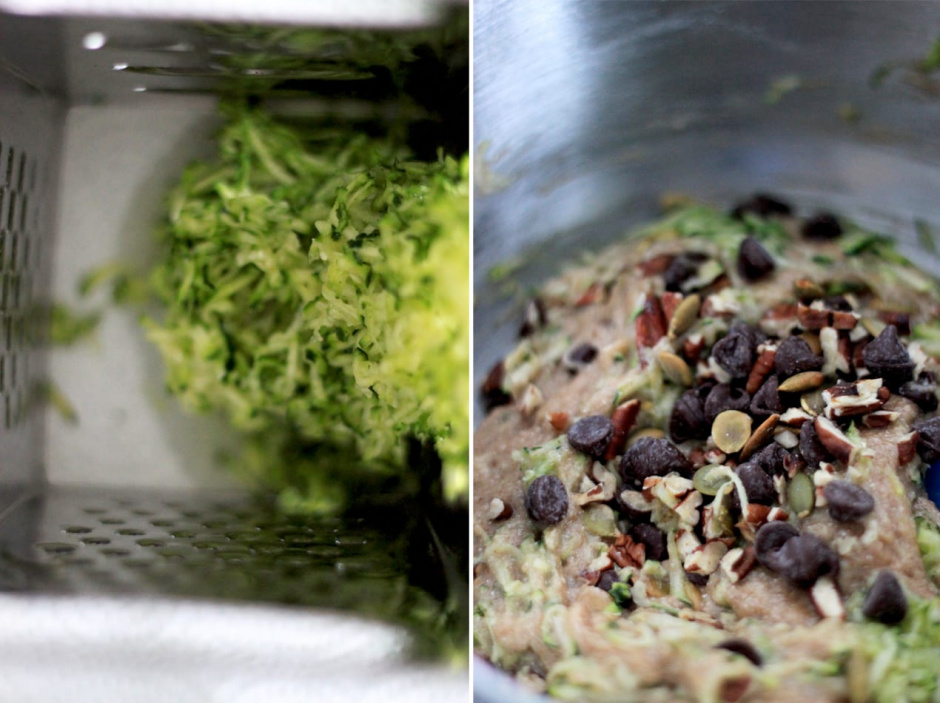 BANANA ZUCCHINI BREAD WITH CHOCOLATE RECIPE
serves: 10-12
notes: Try your best to not over-mix the flour. Whole grain flour can make cakes really tough when it’s roughed around too much. Just be gentle :) Oh, and maybe you don’t want zucchini? Replace it with another cup of mashed banana.

Preheat the oven to 350 degrees F. Grease an 8×2 loaf pan with some of the oil. Lay a sheet of parchment paper in with edges hanging over the sides of the pan. Grease the paper and lightly flour the pan, tapping out any excess.

Combine the mashed banana, milk, coconut oil, maple syrup and vanilla in a medium bowl. Whisk thoroughly, getting out as many banana lumps as you can. Set aside.

Whisk together the flours, baking powder, baking soda, cinnamon and salt in a large bowl. Add the banana mixture and shredded zucchini. Stir until everything is just combined. Fold in the pumpkin seeds and chocolate chips gently.

Scrape all of the batter into the prepared loaf pan and bake in the center of the oven for about 50 minutes or until a toothpick comes out clean. Cool pan on a wire rack completely. 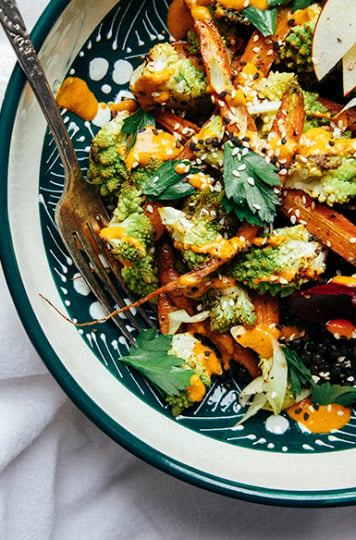 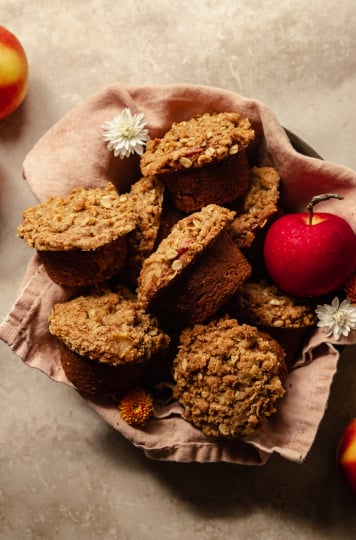