This pie is so decadent and awesome, but oh, cool thing? It’s vegan, gluten, soy and sugar free. Straight up: you can’t just throw it together in 10 minutes and also put dinner on the table, squeeze in a 5k run, call your grandma to catch up, read a chapter in your summer book of choice, or maybe make up a small snack to tide yourself over and do a bunch of other things while the pie just happens.

This dessert takes planning, forethought and a bit of careful tending. You have to very delicately press the crust into the pan and remember to chill it once it cools. There is precise drizzling of chocolate sauce into the churning ice cream at the very end. Did you remember to chill the bowl of your ice cream maker overnight? And one of the cans of coconut milk? You gotta do that too. The coconut cream must be whipped right before you serve it because it has a tendency to run a bit. Also, remember to remove the pie from the freezer about 10 minutes before you want to serve it so that a possible run to the toolshed for a chainsaw doesn’t become a whole thing. Yes. This pie demands your mindfulness and attention. Is that so much to ask? It’s pie! Totally worth it.

Why the fuss? Once in a while, I like to roll up my sleeves and make something ridiculous and challenging, really absorb myself in the task of making food. Cuisine doesn’t have to be easy or quick or on the table in 30 minutes or less all the time. It’s good to get lost in the potential of it all, the improvements, the variations; aiming higher in the every day. This is important sometimes! VEGAN BANANA SPLIT ICE CREAM PIE
Print the recipe here!
SERVES: makes one 9 inch pie
NOTES: The recipe for the ice cream makes a bit more than what is needed for the pie. Oops :) Cool thing: I had some caramel from these brownies and drizzled some onto the crust before I laid the ice cream in. Highly recommended!

Make the crust: Combine the almond flour and cocoa powder in a medium bowl and whisk together. Add the agave nectar, vanilla extract and coconut oil. Mix until thoroughly combined and the mixture holds together like wet sand. Press mixture into a 9 inch pie plate, trying to make the thickness even all along the sides and the bottom. Bake in a 350 oven for 10-15 minutes, or until slightly darker and dry/solid seeming. Cool crust thoroughly at room temperature and place in the fridge until ready for use.

Roast the bananas:  Raise the oven temperature to 400 degrees F. Place the sliced bananas on a parchment lined baking sheet. Brush the slices with the melted coconut oil and maple syrup. Roast for about 20 minutes or until bananas are very soft and caramelization is apparent (see photo). Cool bananas on the tray and set aside.

Make the ice cream: Combine the roasted bananas, coconut milk, agave nectar, vanilla extract and salt in a blender or food processor. Blend/pulse until bananas are dissolved into the mixture/not chunky. Pour this mixture into your ice cream maker and follow through with the manufacturer’s directions. Mine took about 25 minutes to achieve slightly firmer soft serve-like texture. In the last minute of churning, slowly pour the chocolate sauce in. It will harden immediately and form little pockets of chocolaty goodness.

Scrape the ice cream into the reserved pie crust. Smooth the top and freeze for a good 20 minutes to firm up the ice cream.

Make the whipped coconut cream: Remove the top layer of solid cream from the cans of coconut milk. Place into the bowl of a stand mixer. Add the agave/honey/sweetener of choice and vanilla bean seeds. Mix on medium-high speed, stopping and scraping down here and there. Mix until stiff, whipped cream-like consistency is achieved.

Assemble: Remove the pie from the freezer and top with the whipped coconut cream. Top with a few cherries for garnish if you like (I only do this to really drive home the banana split theme). Serve immediately. 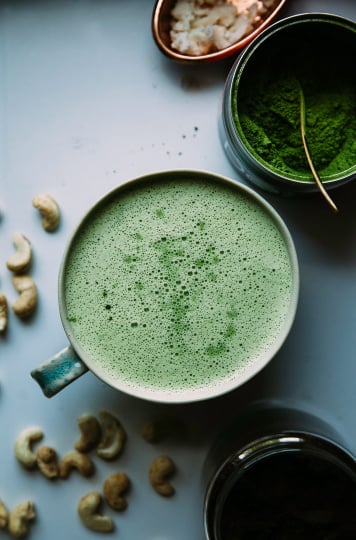 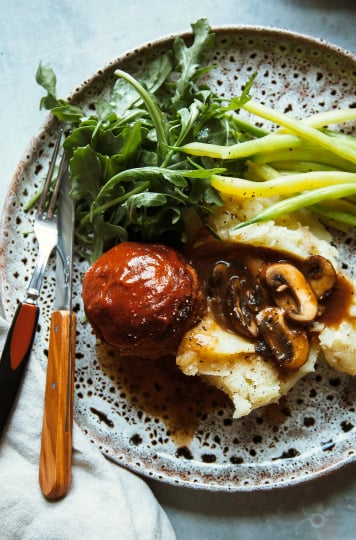 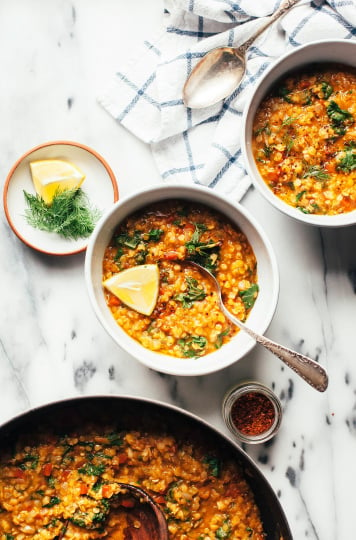