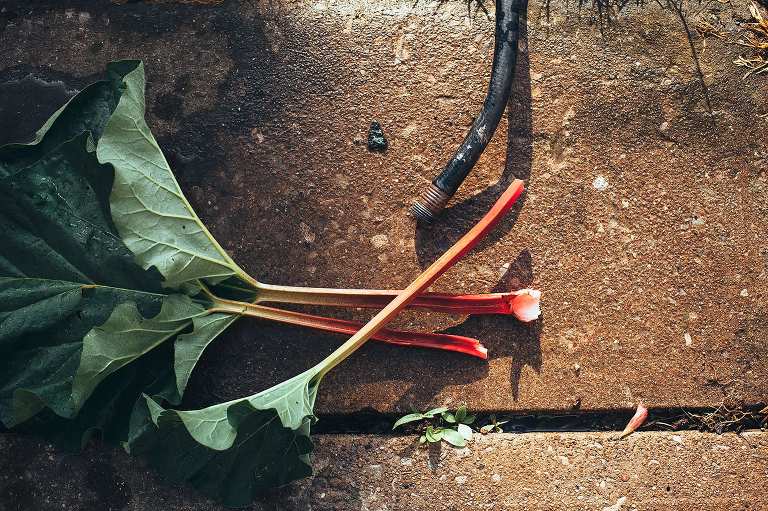 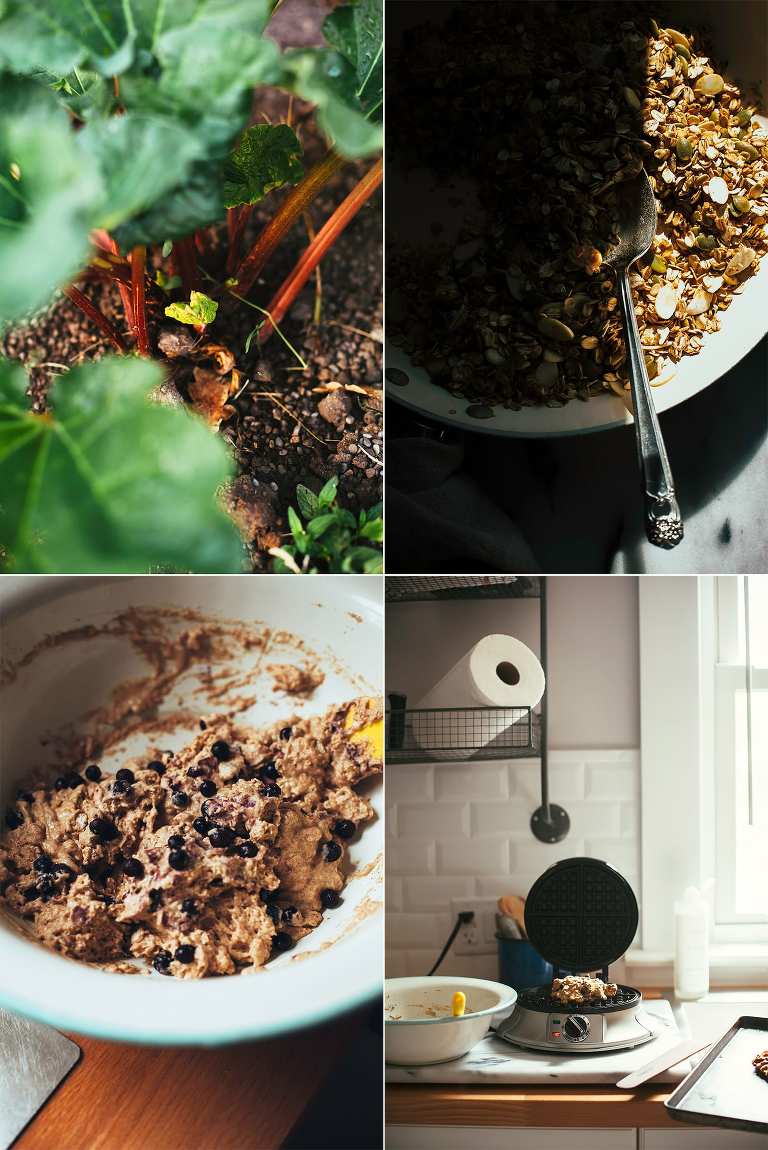 I’ve been making a lot of recipes on this site from a numbers-focused perspective lately. I try to make main course recipes because that seems to be the most popular content here, to keep the ingredient lists down, to ensure that the recipes could be made free of gluten, grains, refined sugar, moss, lichens etc. All things to all people. It’s kind of draining from a creativity sense after a while. Not complaining! Just a personal observation on what’s been happening around here.

When I was working on posts over the last couple of weeks, the idea of just skipping the whole thing entered my mind more than once. I think there’s a tendency to put a lot of pressure on yourself when you work in a creative field. There’s a constant feeling that you’re in competition with your own capability, that you have to one-up people around you and yourself.

I have a plugin for this site that helps me settle on optimal post titles, focus words, recipe descriptions etc with Google searches in mind. I read through all of the descriptions I’ve made with this thing, and thought “But that isn’t how I feel about this recipe at all!” It was a weird moment. Food is a universal language out of necessity, but it’s also highly individual because of background, economic circumstances, dietary needs, and skill level. It’s not something that can be captured by a Google description sometimes, ya know?

I never make the same thing twice because I like to get wrapped up in the little moments of making food, and I love when those moments always feel different. When I make something for dinner that my partne likes and he says “You should put this on your site!” I shrug it off and try to explain that the dish has too many steps, it’s too simple, too many weird ingredients, it’s not an interesting flavour profile, it’s not a hearty vegan main course that’s ready in 7.5 minutes. It’s such a toxic way to talk down something that you gave your full attention and feeling to. 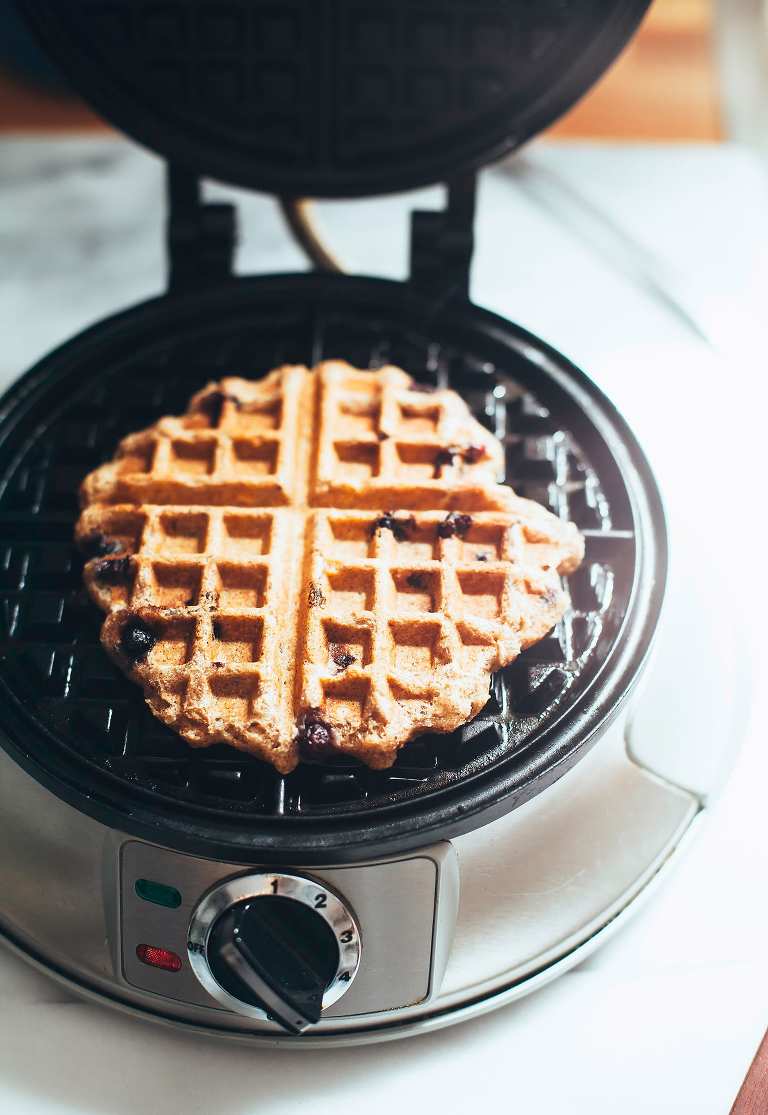 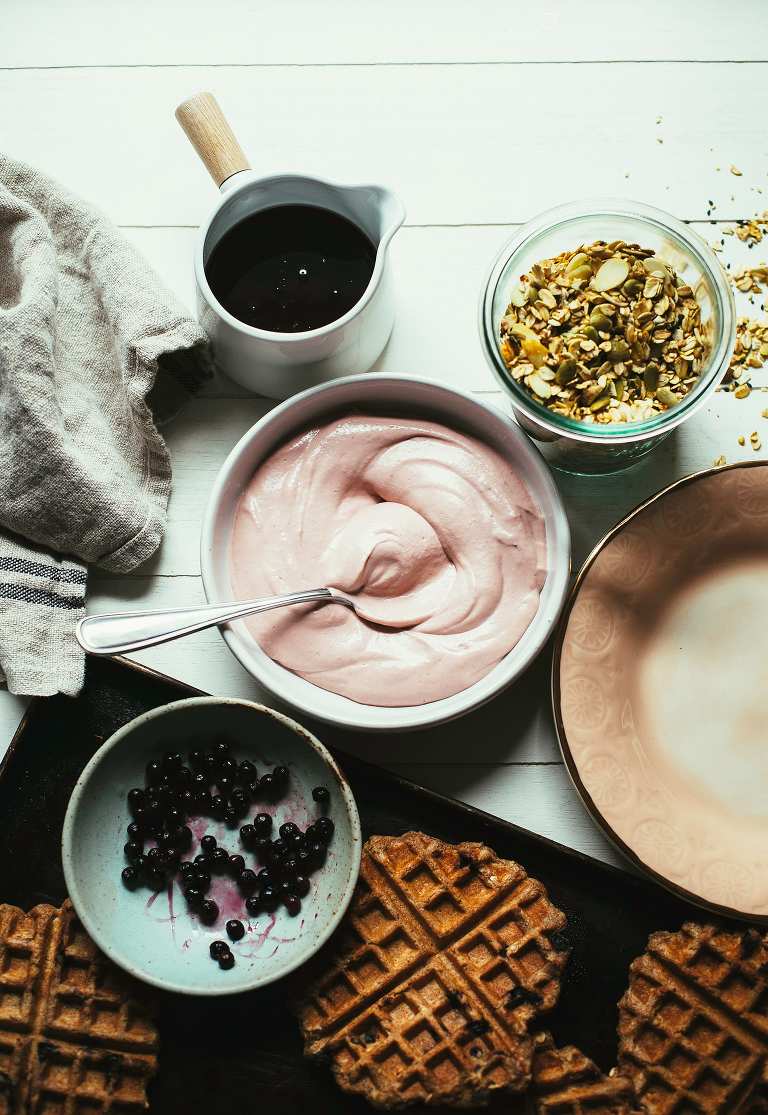 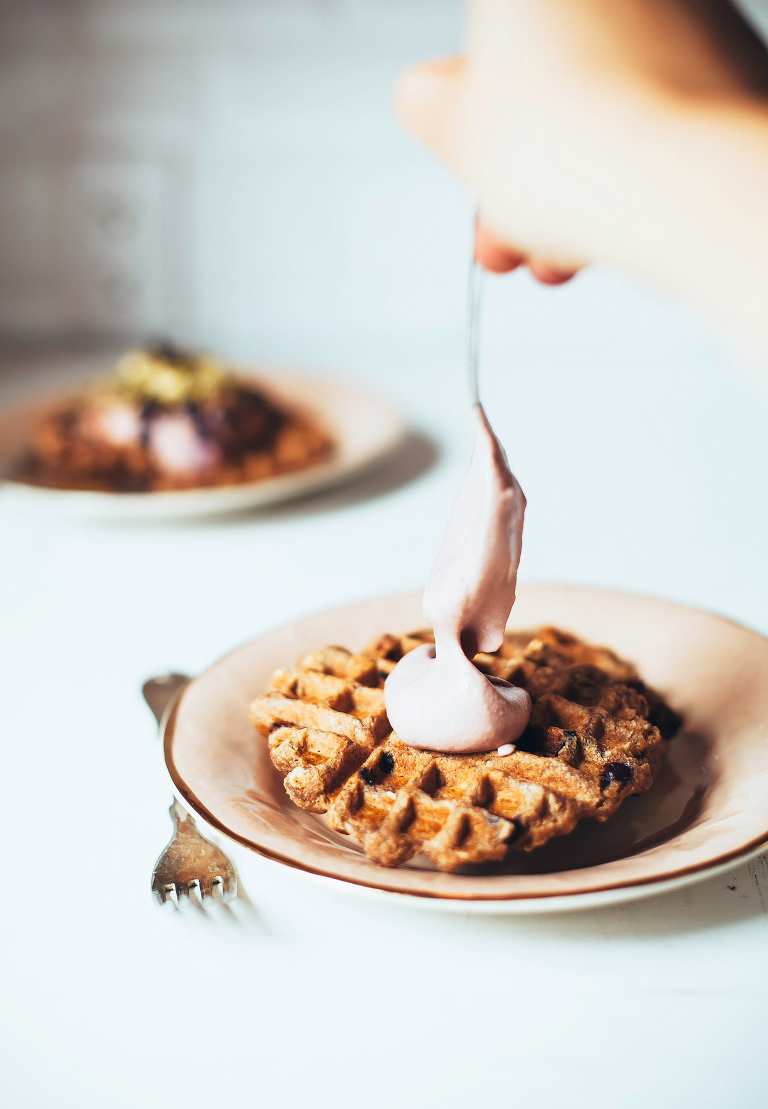 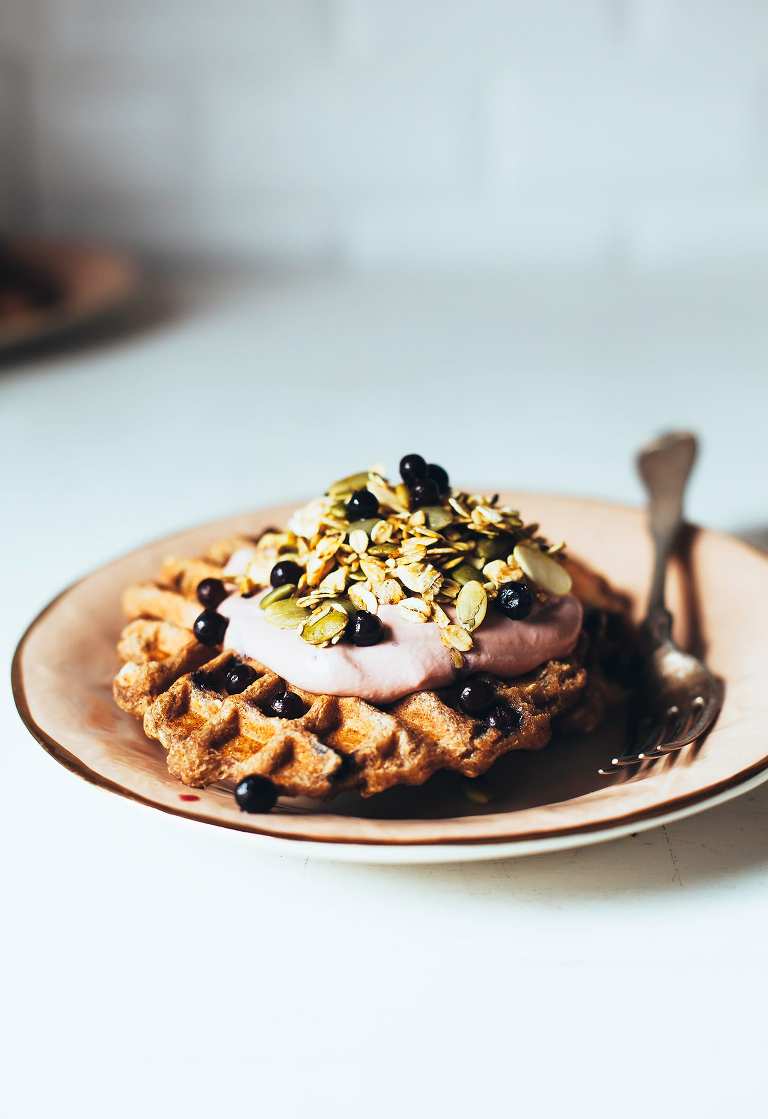 VEGAN BLUEBERRY SPELT WAFFLES W/ RHUBARB CASHEW CREAM & TURMERIC GRANOLA
Print the recipe here!
Serves: 4
Notes: For the turmeric granola, I just followed Izy’s method from this recipe that she posted on The Kitchn. I combined the total amount of nuts and seeds used in the recipe and just made that up with what I wanted for add-ins (sesame seeds, sunflower seeds and sliced almonds). At the stage where the maple syrup is added, also sprinkle in ½ teaspoon of turmeric powder and a pinch of vanilla powder. Voila! Turmeric stovetop granola :)

Also, I used a little pinch of beet powder to really bring out the pink hue of the rhubarb cashew cream, but obviously this isn’t a necessary step. Frozen raspberries would be so great in place of the blueberries. For a gluten-free option, just replace both spelt flours with an all-purpose gluten-free blend that you trust and make sure that you use certified gluten-free rolled oats. I also added a heaped spoonful of mesquite powder to the dry ingredients of my waffles.

Make the rhubarb cashew cream. Heat the coconut oil in a small saucepan over medium high heat. Add the rhubarb to the pan. Stir and saute until the rhubarb is soft, about 3 minutes. Transfer the cooked rhubarb to an upright, high-speed blender. Drain the cashews and add them to the blender as well. Then, add the water, maple syrup and vanilla. Blend the mixture on high until totally smooth, stopping the motor and scraping the sides down if necessary. Transfer the rhubarb cashew cream to a bowl, cover, and set aside in the refrigerator.

Make the waffles. Combine the non-dairy milk and apple cider vinegar and stir together. Set aside to curdle for about 5 minutes.

In a medium bowl, whisk together the whole spelt flour, light spelt flour, rolled oats/coconut, baking powder, and sea salt. Pour the non-dairy milk mixture into the bowl. Add the coconut oil, maple syrup, and vanilla. Stir the batter together with a spatula until just barely combined. There should still be some dry flour spots. Gently fold the blueberries in.

Pre-heat your waffle iron to the desired level of doneness. Also preheat your oven to about 225 degrees F. Place a parchment lined baking sheet in the oven so that you can transfer finished waffles to the warm oven quickly.

Lightly grease the waffle iron with coconut oil. Drop about ⅓ cup of the batter onto the bottom iron and close the top. Once the timer beeps, retrieve the waffle and transfer it to the warming tray that you’ve set up in the oven. Repeat this process with the remaining batter.