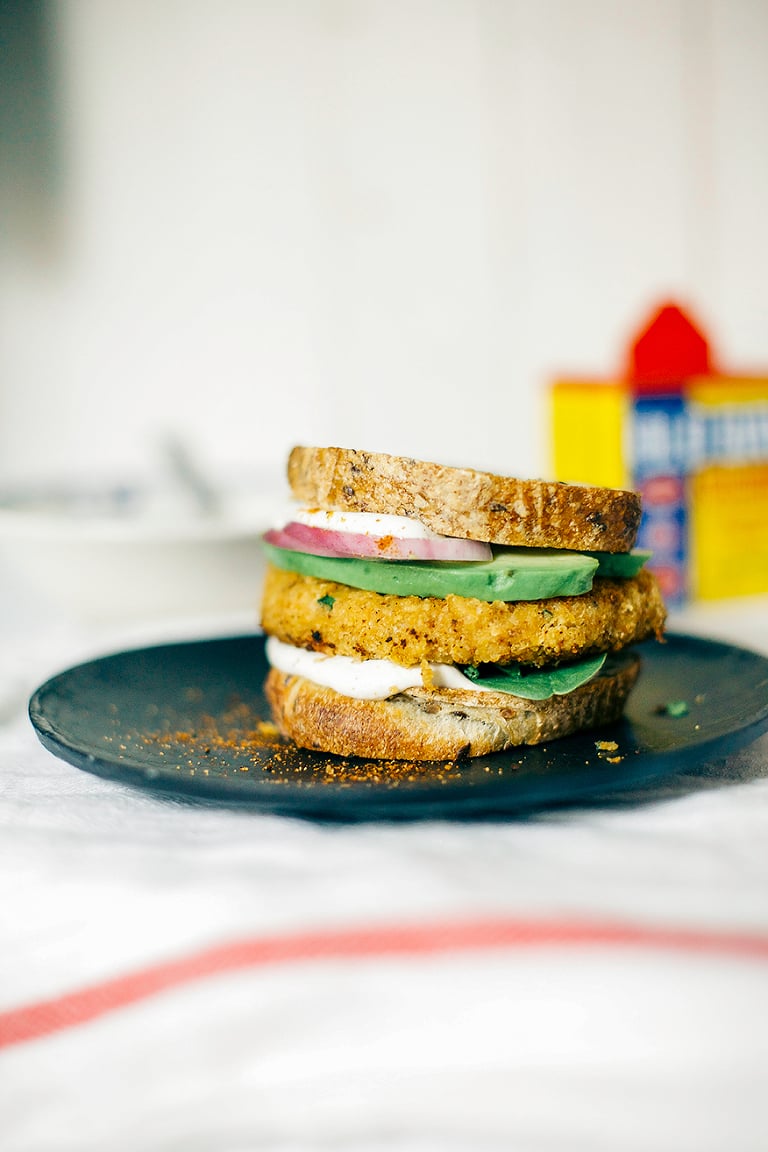 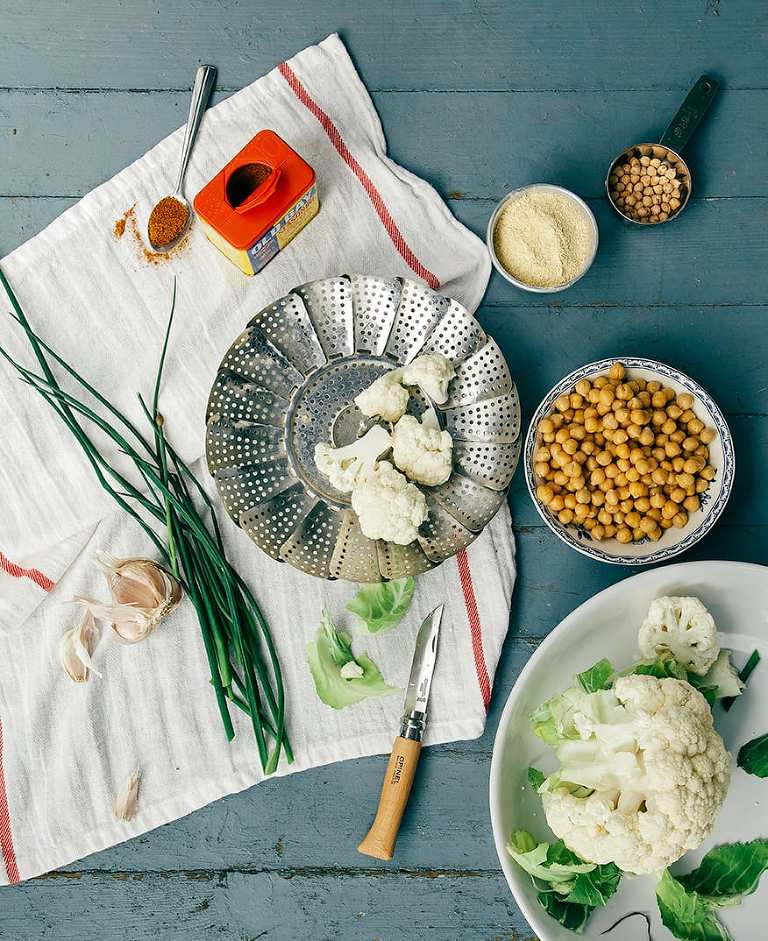 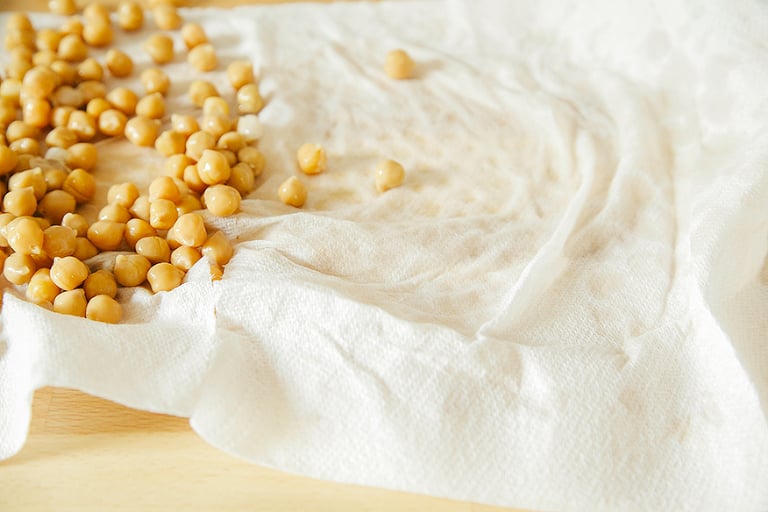 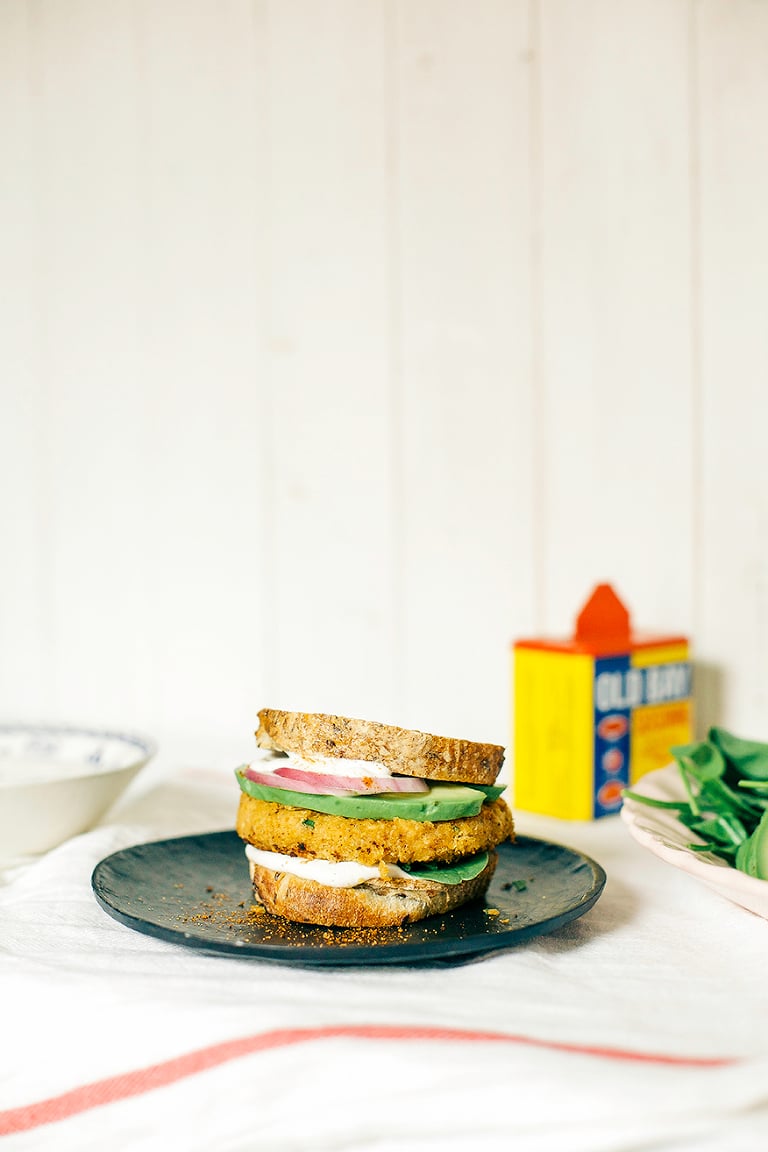 My little neighbourhood is small and chatty. I was pulling out dandelions in my front yard when an older man that lives a few houses down came right over in his bare feet and joked that I was wasting my time before he introduced himself.

So I finished up the little weeding session and poured myself an ice cold glass of water with a squeeze of lime, perched at my living room window for a minute. And what did I see next? John was digging the dandelions out of his front yard too. Didn’t he just say I was wasting my time?

I think making it better is almost always contagious if approached with warmth and casual grace. Whether it’s the front lawn, the state of your home in general, the everyday food and drink choices, considerations of the whole world when you buy biodegradable shampoo.

It’s those shiny bits of the everyday that make some of the more elusive and big things feel within reach. Will those tiny actions stop the west Antarctic ice sheet from collapsing? Well no, and I don’t think I’ll be bringing that topic up with the neighbours anytime soon either. I keep the focus small sometimes.

So as usual, plant-heavy meal preparation is the small focus strategy that reigns supreme. It keeps us feeling stronger in our immediate space, with a simultaneous awareness of how that choice can make an impact out there. Small and mighty.

Except this burger is huge. We enjoyed these one night with big piles of greens, and then I scarfed one in the more traditional way on some sourdough bread for breakfast the next morning. I had been thinking about Old Bay as the dominant flavour in a veggie burger. It’s generally more of a seafood spice, but I knew that it would mingle nicely with a chickpea-based patty and a creamy, lemony mayo-like accompaniment. I was so satisfied with how these came together. They punch all of the flavour and texture buttons for me, especially with a few slices of avocado in the mix. Maybe my neighbours will start asking for veggie burger recipes soon? 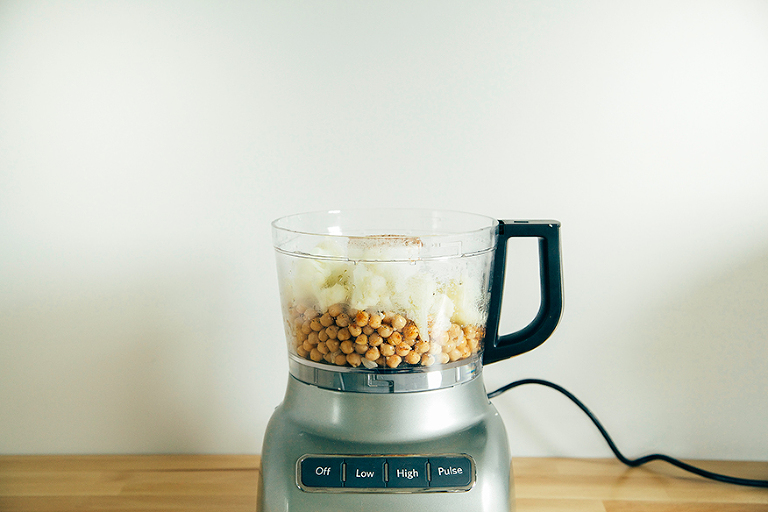 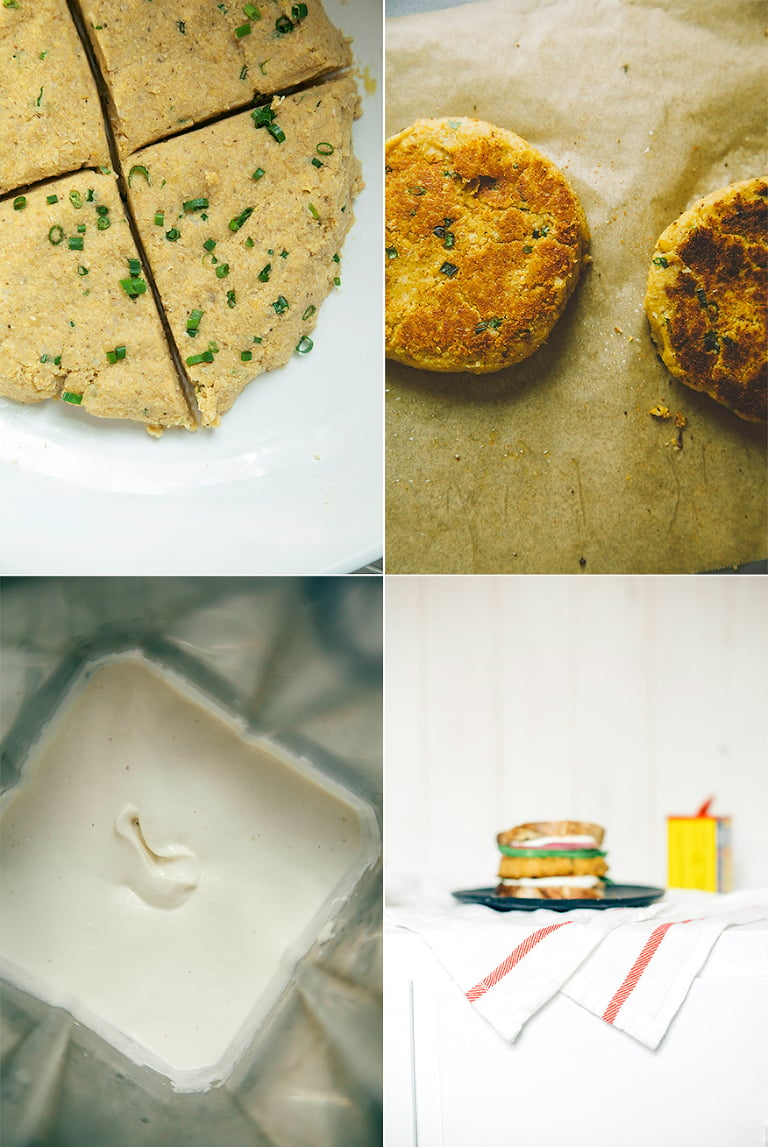 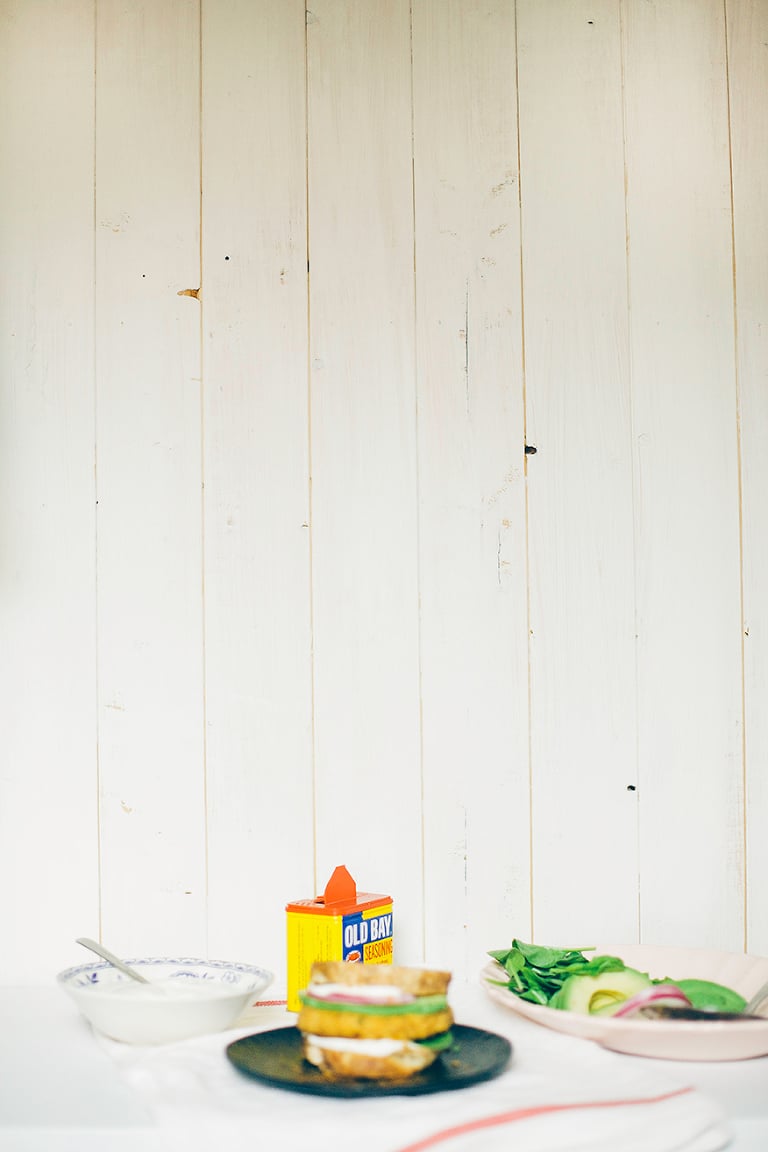 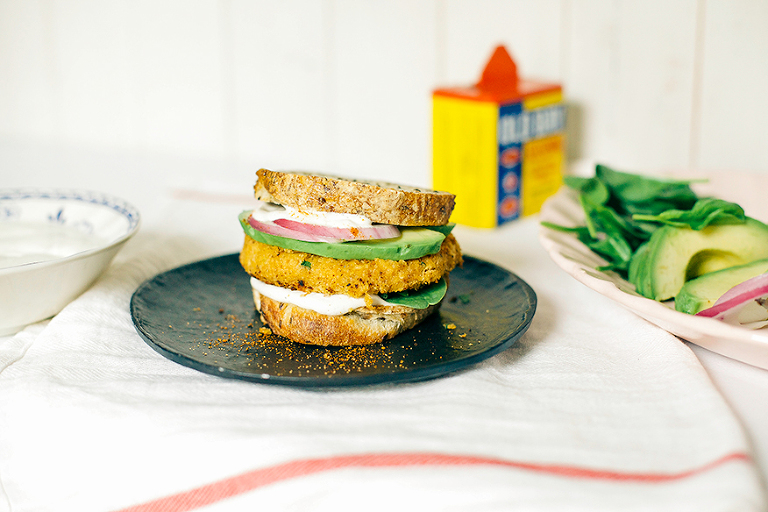 CHICKPEA, CAULIFLOWER & OLD BAY VEGGIE BURGERS WITH HOMEMADE VEGAN CASHEW MAYO
Print the recipe here!
SERVES: 4
NOTES: If you don’t vibe to oats/can’t be bothered making oat flour, feel free to use all chickpea flour for the total amount (1/4 cup + 3 tablespoons). I just did a mix because I was finding the chickpea flavour a bit strong. Also, I just make chickpea flour by grinding dry/non-cooked chickpeas in my blender. I feel like this could be possible in a food processor or coffee grinder as well. If you don’t have Old Bay in your nook of the world, you can make it yourself!

To the food processor, add the chickpeas, garlic, Old Bay seasoning, olive oil, lemon juice, salt + pepper. Pulse the mixture until you have a meal that clumps together when you squeeze it. You should still see little bits of chickpeas. Dump the chickpea and cauliflower mixture into a large bowl and stir in the flours and chopped chives until your mix is fully combined and the flour is absorbed. Taste the mixture for seasoning (hooray for no raw egg scares!) and adjust accordingly.

Divide the mix into 4 equal portions and form patties with your hands. Place the patties on a plate and wrap tightly with plastic wrap. Let these set up in the refrigerator for at least an hour.

Make the cashew lemon mayo. In a blender pitcher, combine the cashews, lemon juice, white wine vinegar, dijon mustard, salt, and 2 tablespoons of water to start. Blend the mixture on high, adding more water and scraping the sides as necessary. Keep going until you have a creamy/smooth mayo-like consistency. Scrape the mayo into a container, cover, and place in the fridge until you’re ready to serve.

Heat a good slick  of oil in a non-stick sauté pan over medium heat. Place the burgers in the pan, maybe two at a time maximum. Fry until one side is golden and then gently flip them over. Keep moving them around the pan to acvhieve maximal browning on the sides. Remove from the pan when the other side is golden. Keep warm on a parchment lined baking sheet in a low oven. Repeat with remaining burgers. Serve hot with lettuce wraps/buns, cashew lemon mayo, avocado, red onion etc.!