If there was a Reluctant Caffeine Lovers Club, I would probably be the president. I love going through the ingrained steps and easy movements of coffee first thing. The smell, the little drip-drap sounds, the feeling of the warm ceramic mug in my hands, snuggling with my dog on the couch with it in hand while I watch the news. The steps and enjoyment are slow and comforting, but the jolting-to-awake effect of that steamy cup is pretty immediate in my case. I can’t do more than one cup, no matter how badly I want to (which is almost always).

With the time change and the cooler weather in general, I’m having an easier time getting up super early. Something about the house/neighbourhood being quiet that correlates with my personal productivity rate. Becoming a bonafide early morning person was one of my life-post-restaurant goals, but the transition wasn’t as simple as set alarm + go. Also, I tried one of those sleep tracker apps and when my nightly graph/report was starting to get consistently wonky from waking up all night (and consuming caffeine too late in the day oooops), I started getting performance anxiety in relation to the app, and pretty much had to delete it after a week. Then I tried valerian tea and that was just a touch too trippy for me.

Aaaaanyway, in Adrianna‘s new book The Year of Cozy, she talks about forming an early morning routine around some kind of consumption that you love. She mentions getting excited about your first coffee/breakfast when you’re getting snuggled into bed the night before. I relate to this SO. MUCH. And it really does help get your priorities straight for settling down in the evening hour. I don’t ever want to arrive at that point where one absolutely needs coffee to be somewhat human first thing. Getting enough rest with a consistent nightly routine in place and the right mindset is crucial.

The early morning ritual formation is one of so many excellent cozying strategies in the book. Some of them come by way of recipes for things like vegetable cassoulet, cinnamon rolls, a bloody mary bar, and fancy PB + J’s. Other ways of cozy-making take the form of easy (but cool) DIY’s and little life-y tips/ideas like: going on an adventure with your dog, starting a collection of some kind, trying your hand at foraging, and (my fave) doing nothing in a way that’s mindful and productive. The book is all laid out by month with seasonal consideration too. I could honestly see myself gifting this to a lot of people in the upcoming holiday season. A celebration of homemade life! How could anyone not love that?

This better than bulletproof coffee is what I came up with when I decided that A) I needed a special early morning beverage that was good enough to form a habit around and B) that I needed to start having some fat with my coffee if I wanted to avoid feeling panicky and weird. I use a mix of coconut oil, plant milk, and raw cashew butter. Then I throw in some raw cacao, cinnamon, and mesquite powder, which might be a new ingredient for some. I use it for a few things: coffee drinks, blended into other hot drinks (tea or hot chocolate), smoothies that veer towards chocolate/nutty, ice cream bases, and even a few tablespoons in pancakes. It’s quite rich in fiber so helps with that fullness/slower absorption thing as well. It has a cocoa/caramel/maple-y flavour to me. I can’t get enough of it and as far as “functional” foods go, it’s fairly reasonable price-wise.

Better Than Bulletproof Coffee (Vegan)
Serves: 1
Notes: I use the cashew butter here because I’m obsessed with the creamy, dairy-like richness it brings to the table. I imagine this would be good with any raw nut/seed butter you like though. Like maybe tahini?! Or hazelnut butter… Lots of possibilities.

Heat the plant milk in a small saucepan over medium heat. Bring it to a gentle light boil.

While the milk is heating, start adding everything else to your blender pitcher: the cashew butter, maple syrup, coconut oil, cacao powder, mesquite, cinnamon, and vanilla. Pour the hot coffee into the blender as well. Then, when the milk is adequately heated, add that to the blender too.

Place the blender pitcher on the blender base with the lid firmly in place. Slowly blend all of the ingredients, gradually raising the speed of the blender until you get to high. Let it go for about 30 seconds. Stop the motor and let the coffee settle for a couple seconds. You’ll see a frothy layer separate.

Pour the better than bulletproof coffee into a mug that you like and lightly dust the top with cinnamon if you like. Enjoy immediately. 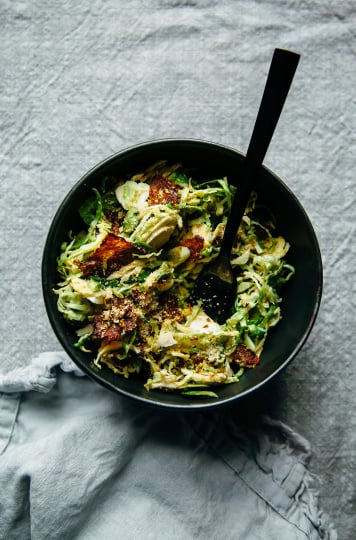 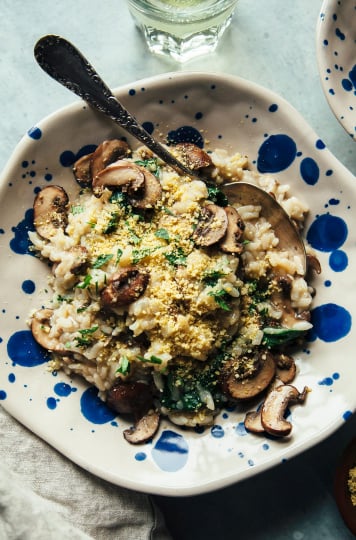 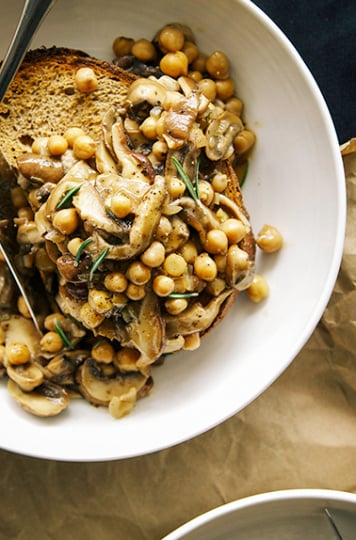