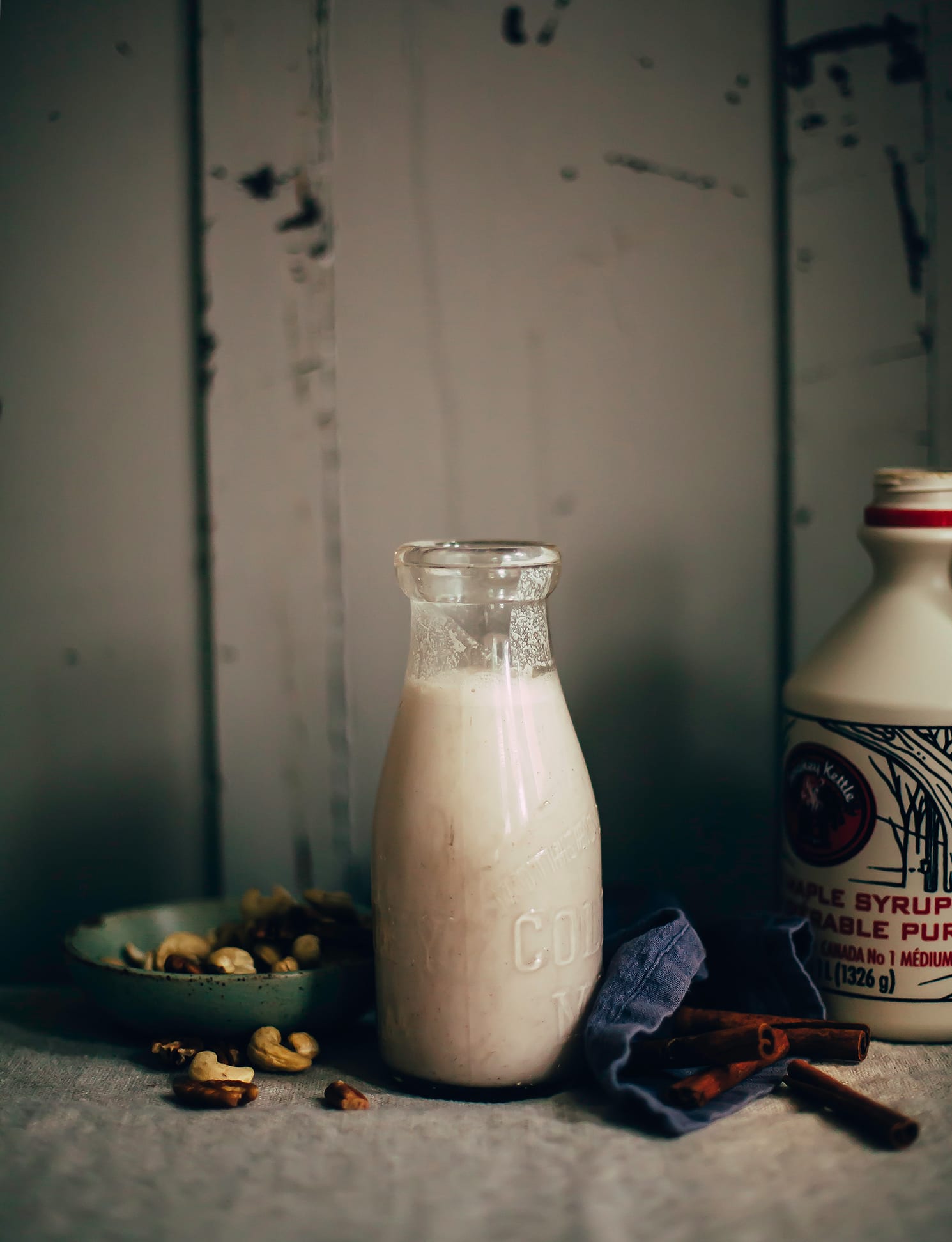 Sometimes I make my own nut milk at home, but most of the time (like 75% of it) I just buy an unsweetened almond or coconut variety from a brand that I trust. But! I haven’t bought any sort of plant milk for almost a month because I happened to make this particular homemade milk one day, and I haven’t been able to go back. It’s a half and half mix of cashews and pecans. I know, nothing particularly revolutionary, but it’s incredible. It has the creamy-ness of the cashews and the woodsy buttery quality of pecans all blended up into one luscious drink.

I’ve been using it primarily for a special coffee in the morning, kind of café au lait style with a heavy dose of cinnamon and mesquite powder in the mix. Even serving it over granola, I was dusting cinnamon on top, so I cut to the chase here, and just added the cinnamon to the milk itself. I heat up a small amount of it for my coffee, and right after I pour it in, the milk just naturally forms this beautifully rich foamy layer on top–sort of like a latte but without the steaming or blending. Pure magic! Anyway, on to the links and the recipe. I hope everyone has a lovely weekend :)

How incredible would this cinnamon milk be with Elenore’s grain-free granola gravel. Gimme that and maybe some of this smoky carrot lox on a sesame bagel, and I’d be so happy.

10 common kitchen blunders that are easily fixable. I kind of cringe when I see people do number 5 :/

I’ve observed something with my own work a handful of times that can be discouraging: If you make a career out of developing plant-based recipes or cuisine, for a certain vocal minority it isn’t enough. If you aren’t tying in to the vegan lifestyle, you’re hindering their movement. “Plant based” is likened to a half-ass veganism. A chef that’s local to me discusses some of these frustrating notions and how it led to his own career evolution.

On building a net-zero-energy school in New York. Inspiring.

I’m still not sure if this refrigerator examination was an April fool’s joke or just Prince being Prince, and that’s the best thing about it. Guaranteed to make you smile despite the gutting loss. “No cows were oppressed 2 make this righteous creamy creamer, U know?”

A chakra infographic to help you navigate those ever-swirling energy centers.

I love a fresh green juice as much as the next person, and I truly do find it energizing in a very special way. The brazen health and detoxification claims that tend to surround juice culture always worry me though. Under normal circumstances, your body comes with a liver as a bundle deal!

This is basically a very typical skate video, but with a dog instead. Perfect, right?

/////////////////////////////////
CINNAMON MILK RECIPE
SERVES: Makes 5 cups or 1.25 litres
NOTES: I suggest sweetening with dates or maple syrup, but you could certainly leave both out if you want a more neutral base. In the recipe I suggest using a fine mesh strainer after the blending step because it’s a more common piece of kitchen equipment. If you have a nut milk bag, feel free to use that instead!

Drain the pecans and cashews, and lightly rinse them. Transfer the nuts to an upright blender along with the water. Blend this mixture on high for a full minute.

Set up a large bowl or measuring cup on the counter or on one side of your sink. Place a fine mesh strainer over your bowl. Pour the blended milk through the strainer into your bowl. Carefully return the strained milk to the blender pitcher. To the milk, add the maple syrup (or dates), sea salt, and cinnamon. Blend the milk on high for 30 seconds to combine.

Store the cinnamon milk in clean glass jars in the refrigerator for up to one week. 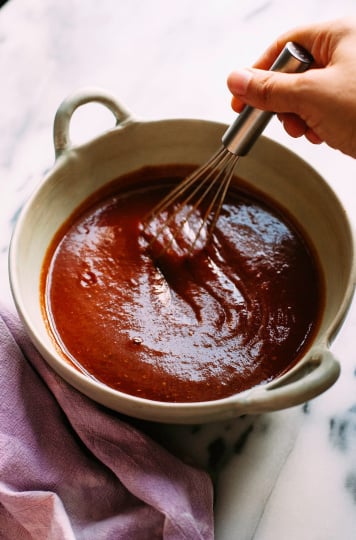 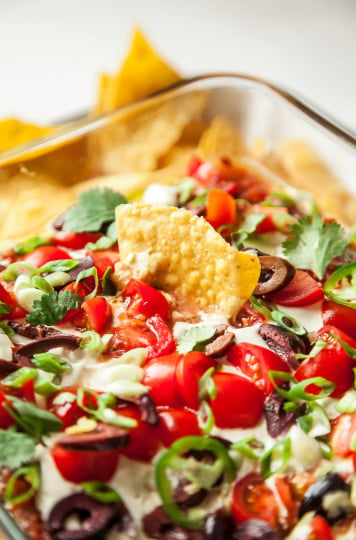 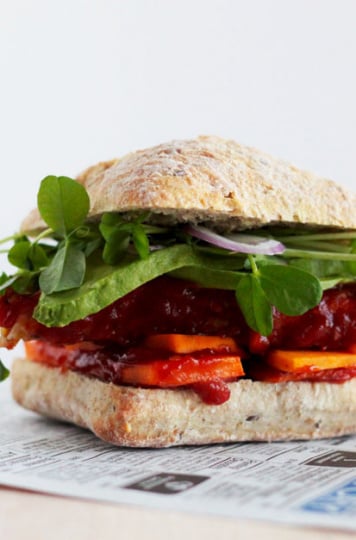