Grilled fennel and quinoa salad has plenty of crunch and is a beautiful vegan, gluten-free, and nut-free potluck or side dish option.

Rather recently, I was talking to the man in my life about how my day went, happenings, the weather… you know, small talk. Then he said something big, my idea of big anyway. He had bought himself some organic quinoa at Costco. This is awesome because A) he independently thought it would be cool to have some whole grains kicking around and B) did you see A?!

Suffice to say, I was rather pleased at this development and set out to make a little salad with some strong and fresh flavours that he could get into. I know quinoa salad recipes are ubiquitous to say the least, but this one’s a keeper for me anyway. Grilled fennel, fresh dill, crunchy cucumbers, spicy radishes and a healthy dose of lemon… it’s a great combo. And the fennel loses a bit of its liquorice taste once caramelized. It’s a bit softer and just really nice! If you’re on the fence about fennel, I’d urge you to try it this way.

In addition to this grilled fennel and quinoa salad, I have lots of other great quinoa recipes if you’re looking to use some up: quinoa onion rings, pesto quinoa and white bean bake, stuffed squash with broccoli rabe and quinoa, and sweet potato quinoa cakes to name a few.

With this recipe, the quinoa is pretty easy to cook and the rest of the vegetables need just a bit of chopping. I don’t even pre-whisk the dressing ingredients, just pour all of the components on top of the cooked grain and vegetables, and then I mix it all up together. Once you get the pre-soaking of the quinoa thing down, you’re off and running with this grilled fennel and quinoa salad.

Grilled fennel and quinoa salad has plenty of crunch and is a beautiful vegan and gluten-free and nut-free potluck option.
5 from 1 vote 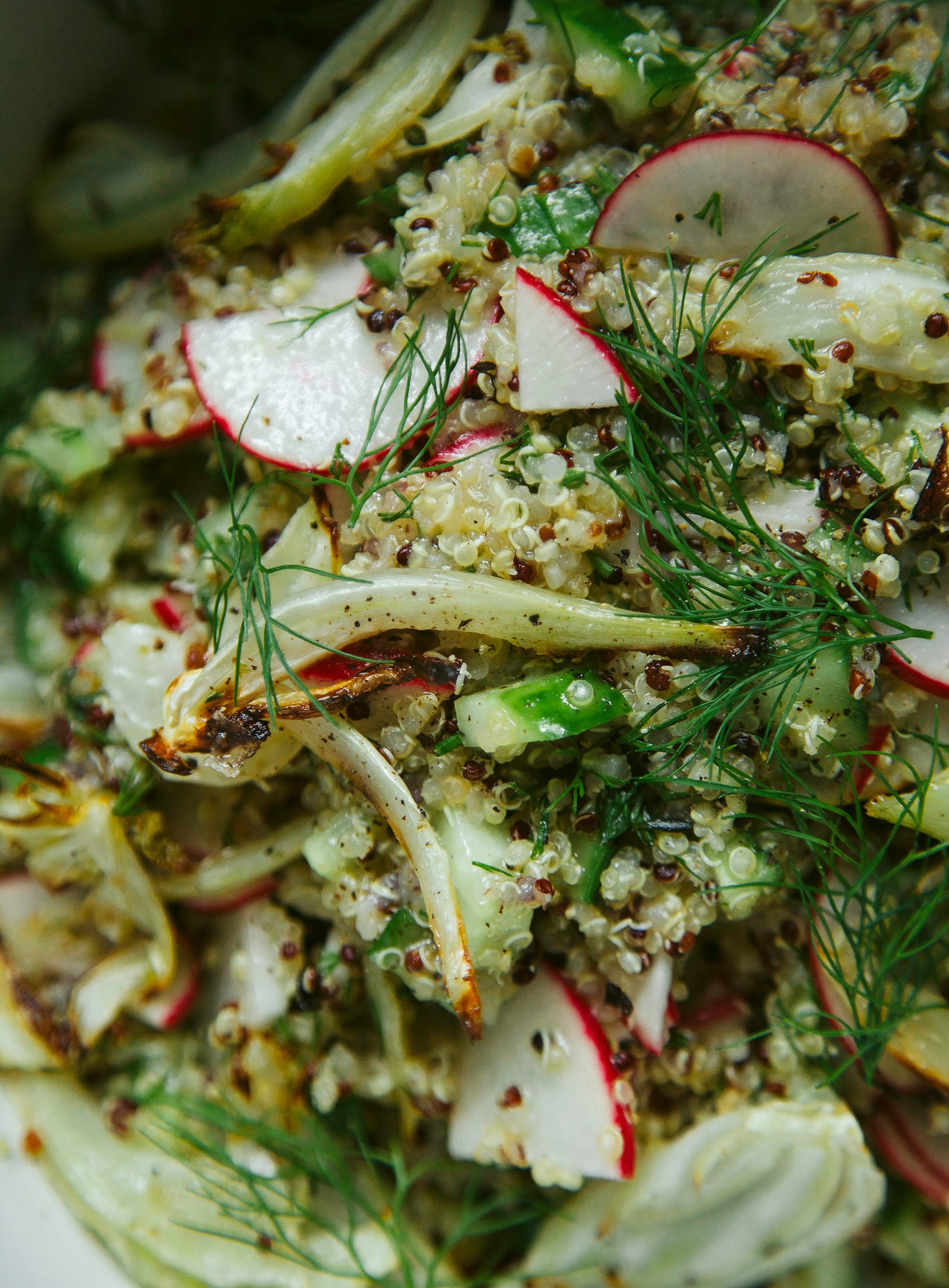 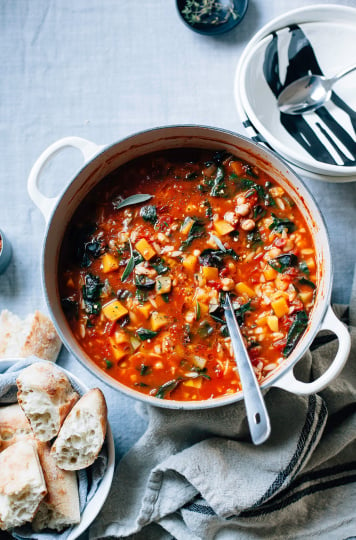 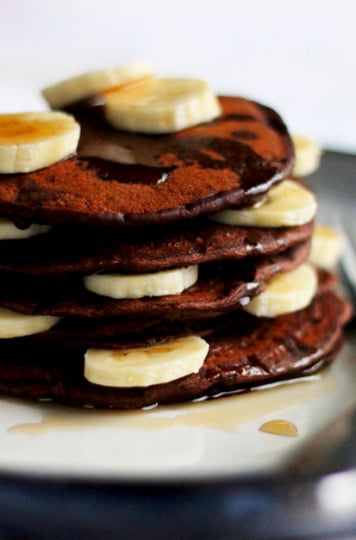