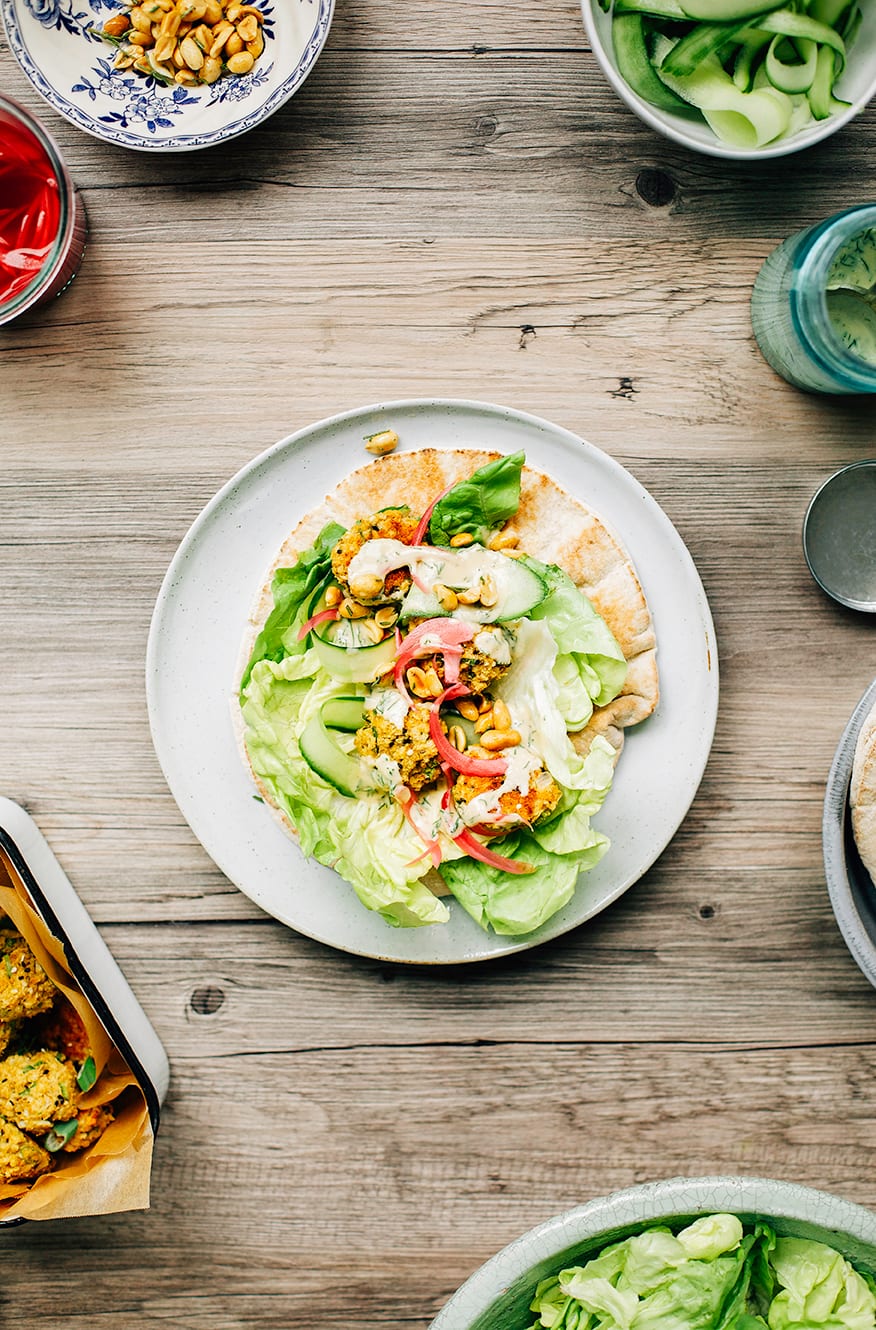 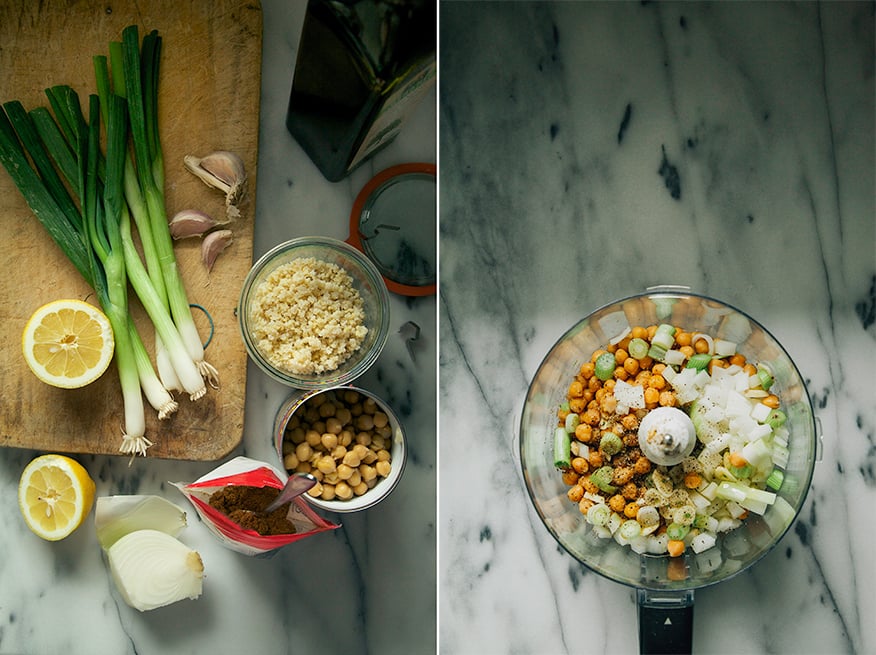 There are plenty of things keeping me up at night lately and while I’ve already cut my caffeine consumption down to one coffee a day, I’m finding some true release in a put-it-all-out-there strategy. Sleep has been noticeably more solid and it’s funny how the universe provides some answers, just so long as you make your being/wants known.

A new season is coming and everything feels possible. There’s work to do inside and out at our place (counters in that kitchen!), all sorts of food to make, places to go. I think it might get a little busy soon, but I’m hoping I can be here as often as ever. I like the early bits of spring. It’s all tiny green buds, petrichor, lighter jackets and anticipation

One of my friends shot me a text last week to tell me that a) my site was down and b) this was a bummer because he needed a falafel recipe. I got the site back up, but still no falafel recipe oops. Truthfully I had never made it before. I have this thing about certain (mostly fried) foods where I know that there’s no point in trying to replicate them at home because seriously, how is my baked version going to scratch that itch? I had a homemade falafel experience on my mind. So I consulted about 15 recipes and thought I’d just try it.

It was easier than I thought! And once you serve them up with pita, lettuce, tahini sauce etc., you kind of sort of forget that they aren’t fried. All of the flavour is there. I added some cooked millet to this mixture in the hopes that it would lighten the texture since we were baking them. Since it’s Spring, I decided to go in with some green onions and lemon as well. Is it still falafel? I suppose not really! But we used falafel as our starting point of inspiration, so I’m carrying it through.

I’ve got three little add-on recipes to accompany these too. The first one is my basic pickled red onions recipe/non-recipe. I use these on any and all savoury foods. The next one is some salty sweet rosemary peanuts. These are so punchy and right on a falafel salad, but really good on their own too. Last thing is a dill-y tahini sauce that you can just shake up in a jar. When I make any sauce/dressing (or food in general), I keep tasting and adding more salt, sweetness, acid, fat or spice to my liking until I’ve nailed it. This recipe follows that taste-as-you-go strategy and the jam jar mixing method makes that whole thing a bit easier. 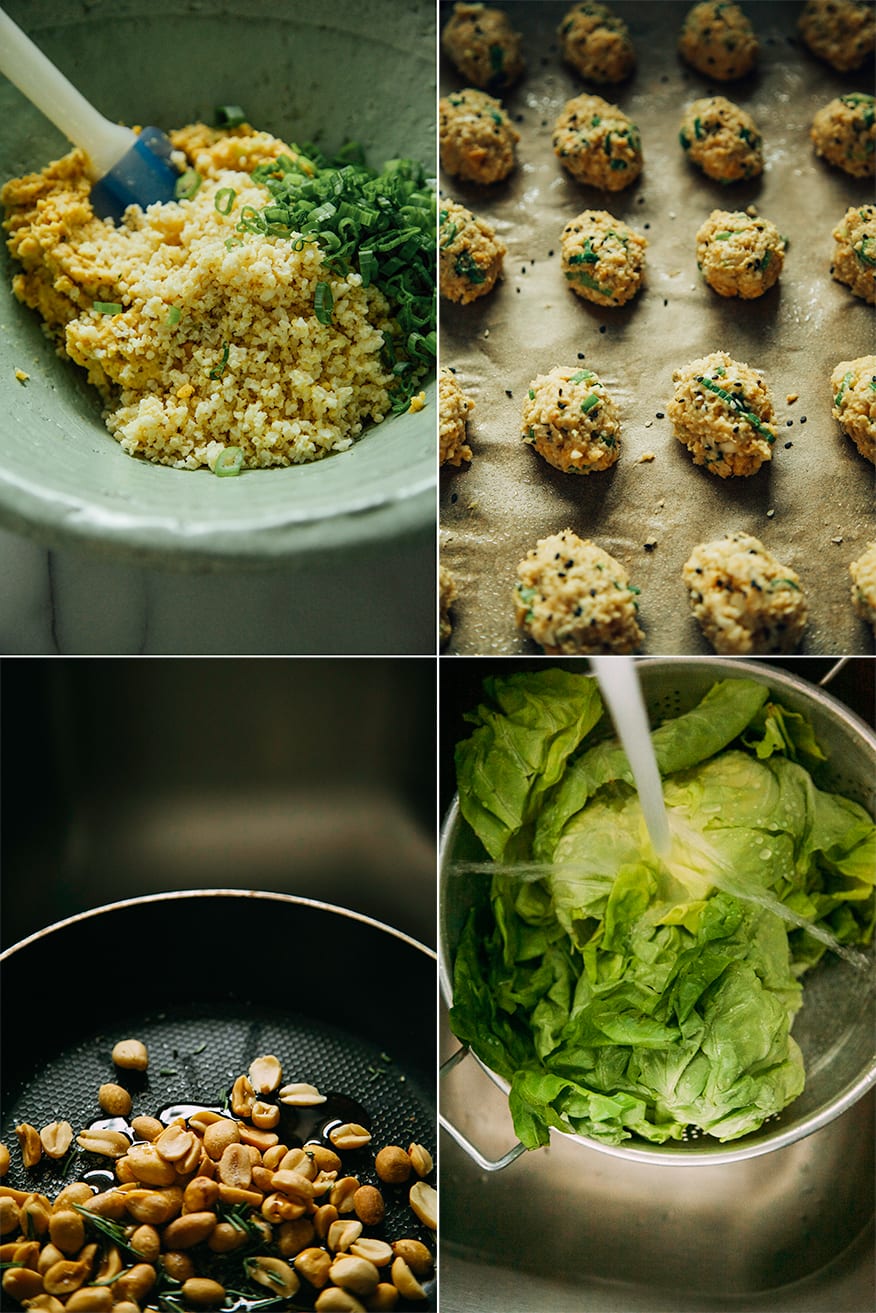 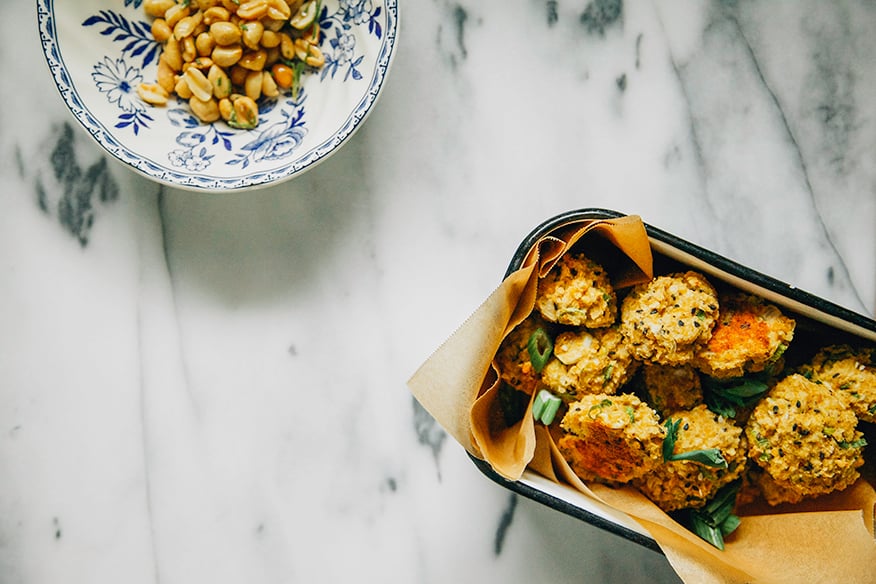 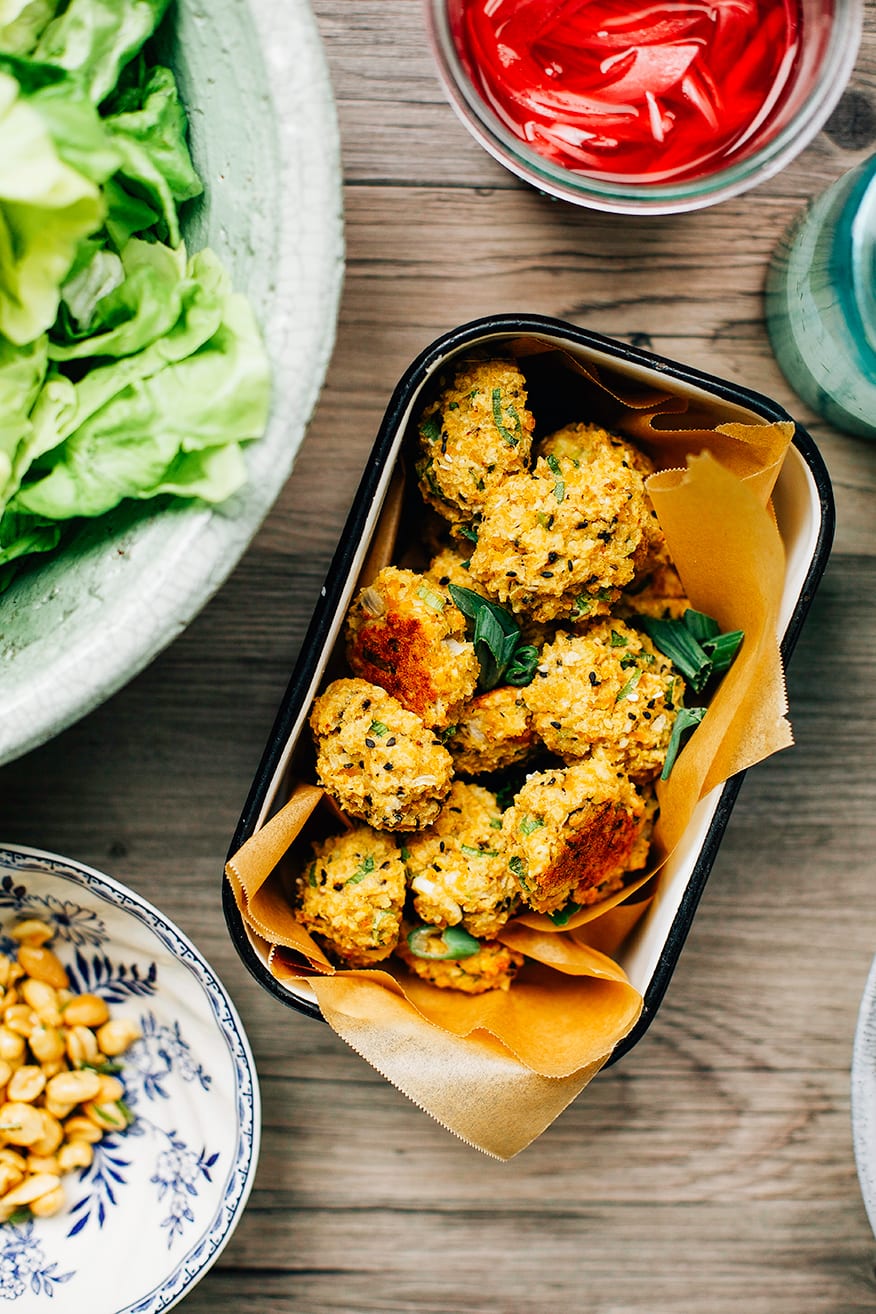 SPRING ONION FALAFEL WITH MILLET & SOME ACCOMPANIMENTS
Print the recipe here!
SERVES: Makes about 20 falafel balls
NOTES: I feel like quinoa or any other small, fluffy and spherical grain could work in place of the millet. Just make sure that all of the water is cooked out and the grain is as dry as possible when you go to mix it with the chickpea base. As always, garlic, cumin and any other spices can be added or subtracted to your liking.

Preheat the oven to 375 degrees F and line a baking sheet with parchment.

In a food processor combine the chickpeas, garlic, chopped cooking onion, the chopped whites of the green onions, ground cumin, lemon juice, olive oil, salt and pepper. Pulse until you have a chunky paste and there are hardly any whole chickpeas left. Add the flour and baking soda and pulse a couple more times to combine. You should have a wet and chunky paste. Scrape this into a large bowl. To this, add the cooked millet, sesame seeds, and sliced green onion tops. Fold it all together to combine.

Form falafels with your hands by grabbing about 2 tbsp of chickpea mixture at a time. Gently roll it into a football-ish shape and place it on the parchment lined pan. repeat with remaining chickpea mixture. Once you’re done, slide the tray into the oven and bake falafels for about 20 minutes or until lightly browned and slightly firm to the touch. Serve falafels in a pita, big lettuce leaf, or on top of a salad with any of the accompaniments below!

Combine everything but the sliced onion in a small saucepan over medium heat. Bring the mixture to a boil and simmer until the sugar is dissolved, about 1 minute. While it’s heating up, pack the sliced onions into a clean jar. Pour the vinegar mixture over the onions and allow it to sit at room temp, uncovered, for an hour or so. Put the lid on and refrigerate onions until ready to use. These will keep for a few weeks (but they probably won’t last that long).

Toss all of the ingredients together and spread them out on a parchment lined baking sheet. Bake them in a 350 degree oven until they’ve browned slightly and dried up a bit, about 7-10 minutes.

1 clove of garlic, minced or grated on a rasp
juice of half a lemon
1 tbsp maple syrup/raw honey
splash of cider vinegar
2 tbsp olive oil
1/4-1/3 cup water (depending on how thick/thin you want this)
1/4 cup tahini
salt and pepper
2 sprigs of dill, leaves chopped

Shake up all of the ingredients in a tightly sealed jar. Check it for seasoning, adjust and store in the fridge until you’re ready to use it. 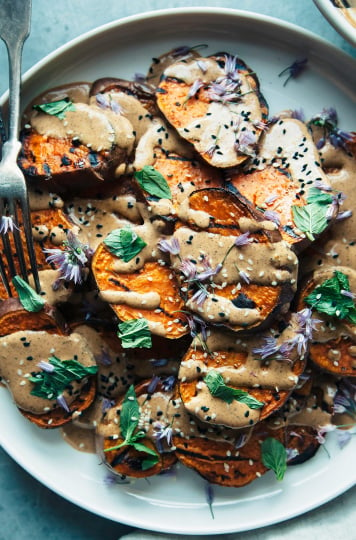 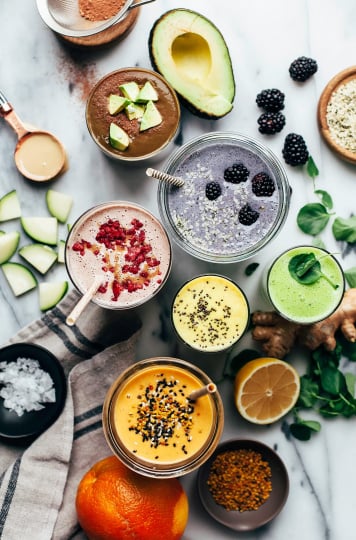 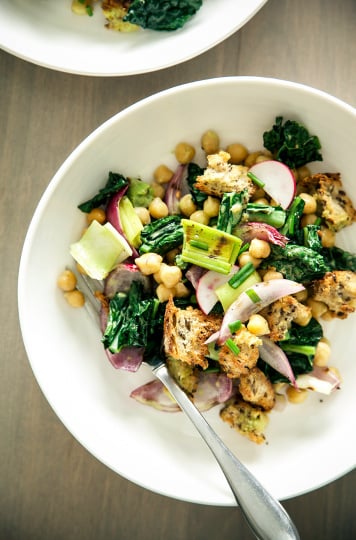