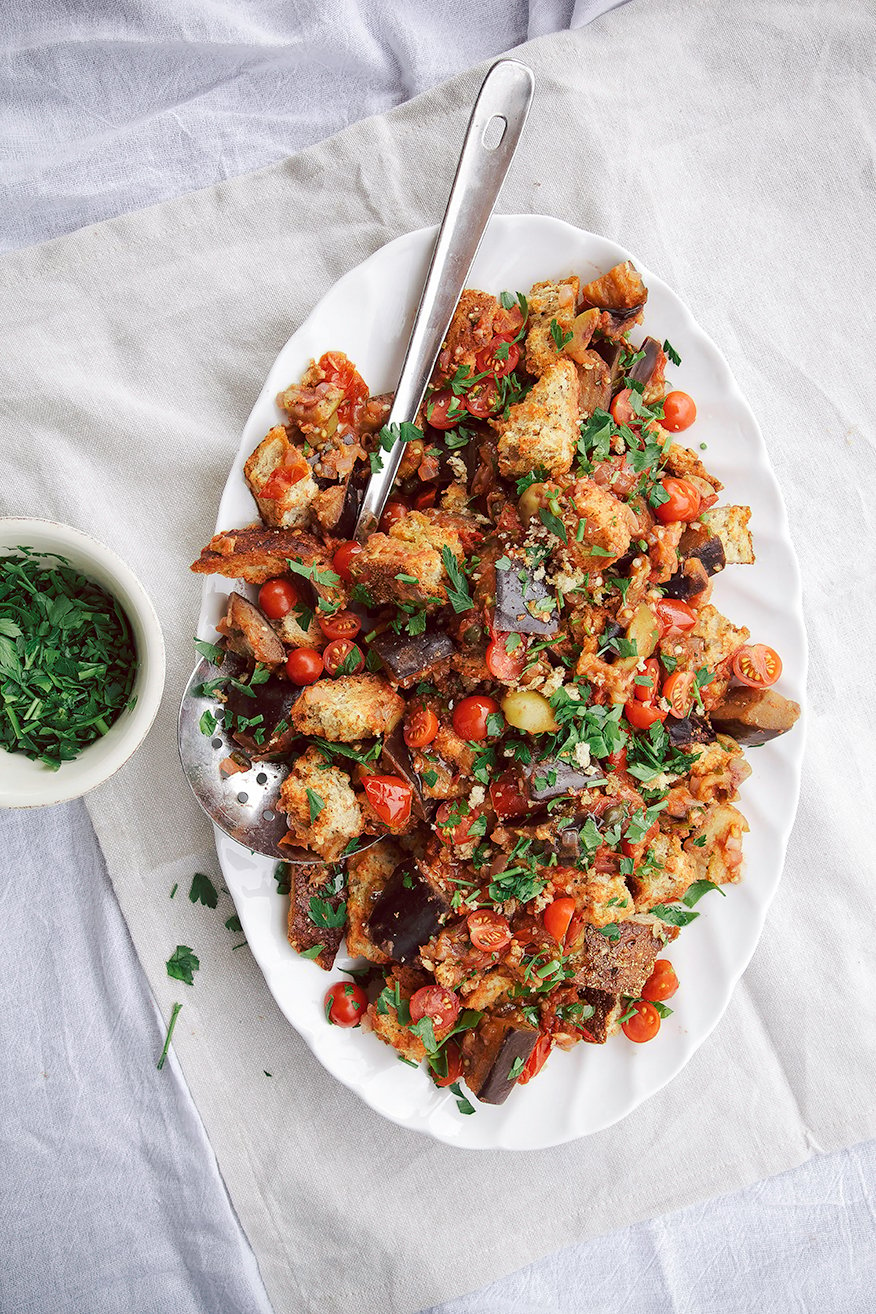 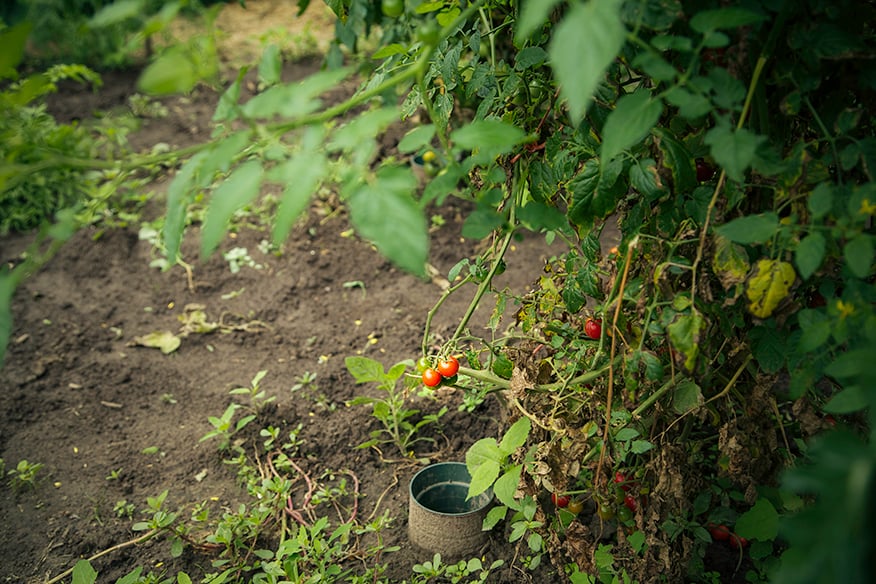 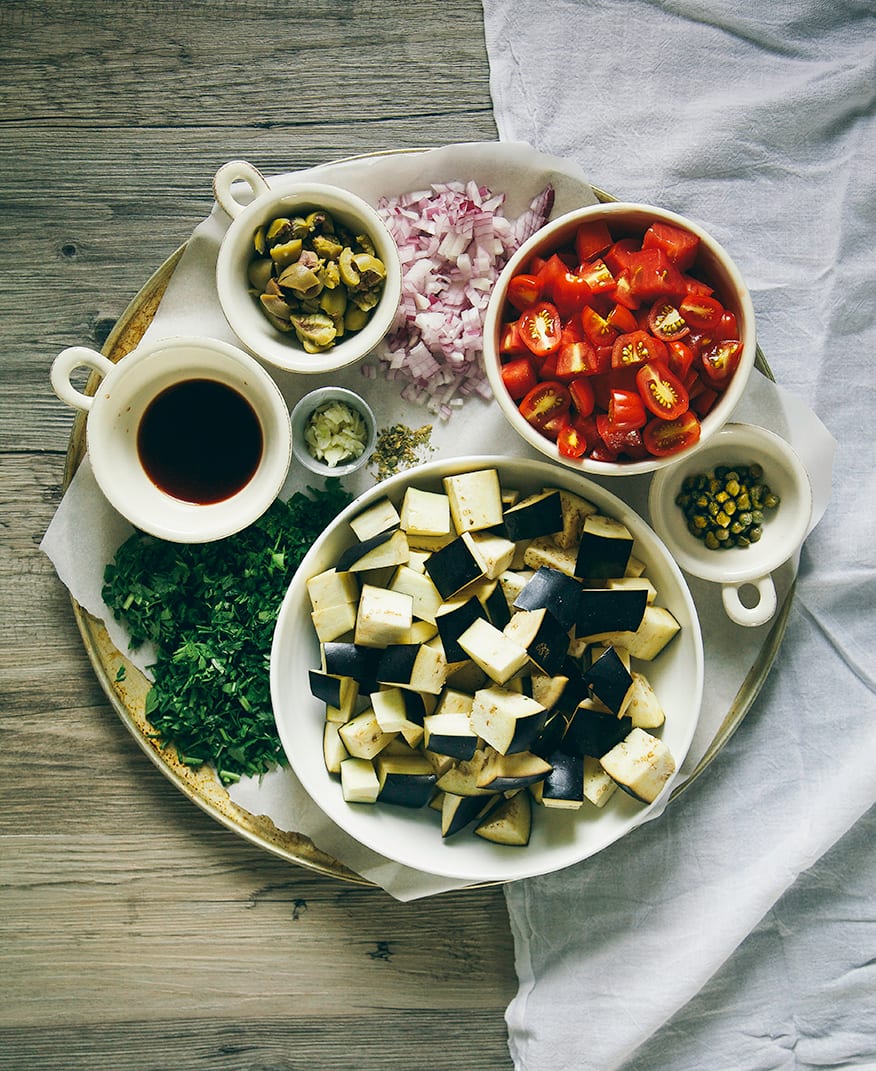 I know, more panzanella! I had the idea for this in my mind last week and could not let it go, couldn’t let it wait until next summer. Caponata is this irresistibly rustic Sicilian eggplant and tomato stew/condiment that comes together with some minor rough chopping and simmering. It brings out the meatiness of the eggplant to the point of serious questioning sometimes. There are wonderful salty bits, cooked out summer-tomato juices, a scatter of parsley leaves that have barely been grazed by the knife. Sweet, sour, salty–perfect on any and all toasts once it’s cooled. I thought I could cut to the chase and just throw the toast component right in there, mix it up real simple with another dose of olive oil, bursts of fresh tomato and even more grassy, peppery parsley. That thought was correct!

There is a pre-fall cool blowing through town, so I didn’t mind flipping the oven on to make the croutons while I sipped some tea and hung out by the stove. I donned a sweatshirt on my morning run today and marvelled at the pace of the clouds drifting on by while the whoooosh in my ears never ended. I have plans for soups, cookies and roasted summer squash next week. The pup shivers a little bit when we try to enjoy a little coffee/tea break outside and requires snuggling. Tuck the thought of this hearty salad into your back pocket for September if it’s still warm where you are. So simple, wonderful and lightly warming. Doubling the caponata for other uses/eating straight from the pan still-warm is a fine idea too.

So with that, I’m just going to keep it short today. This is my favourite time of year, this micro/in-between season of bright, cool and dry days. Maybe a little summery thunderstorm here and there. It tends to make me a touch sentimental while giving a clear focus for what’s ahead at the same time. Renewed purpose, eyes up to the moon, creativity and inspiration is everywhere you could find it. It’s a generous time in my corner of the world. Hope you’re all wrapping yourselves up in it too :) xo 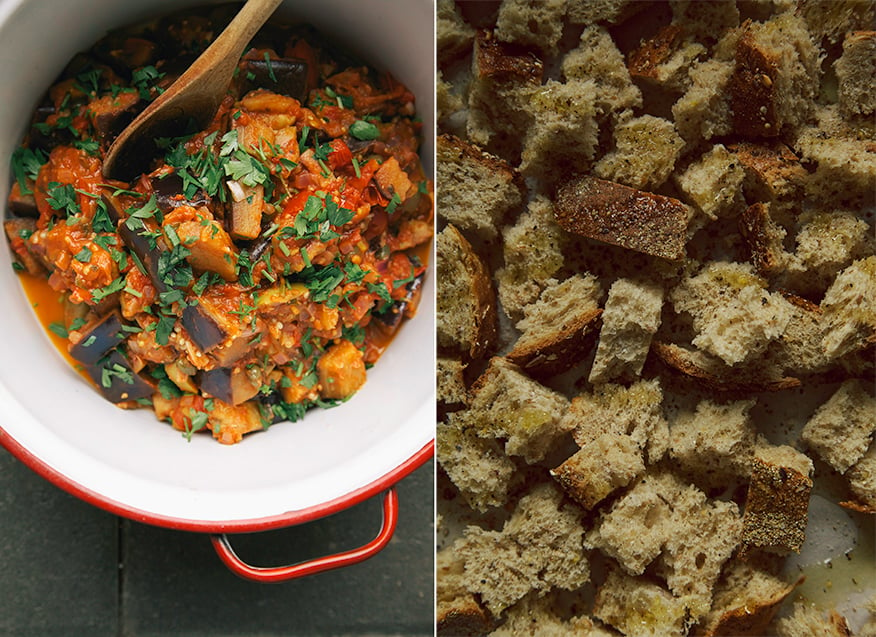 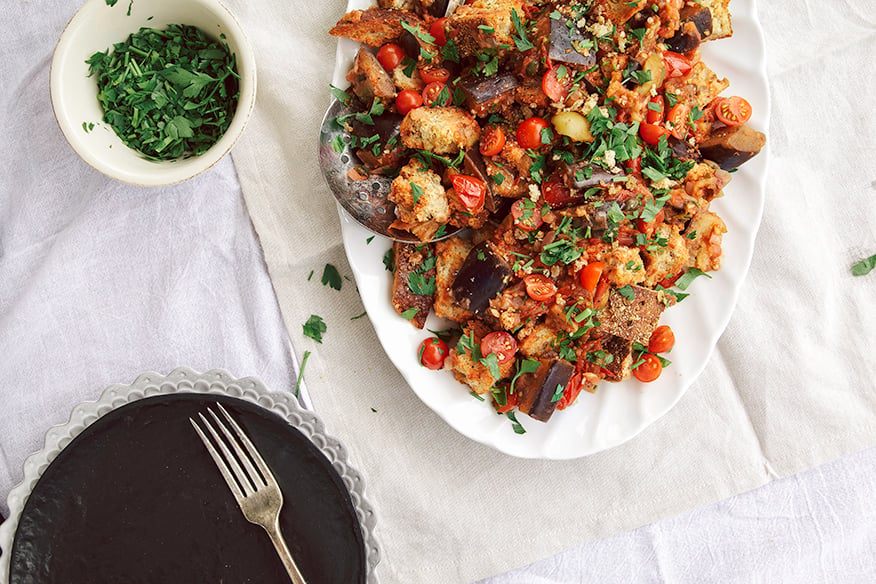 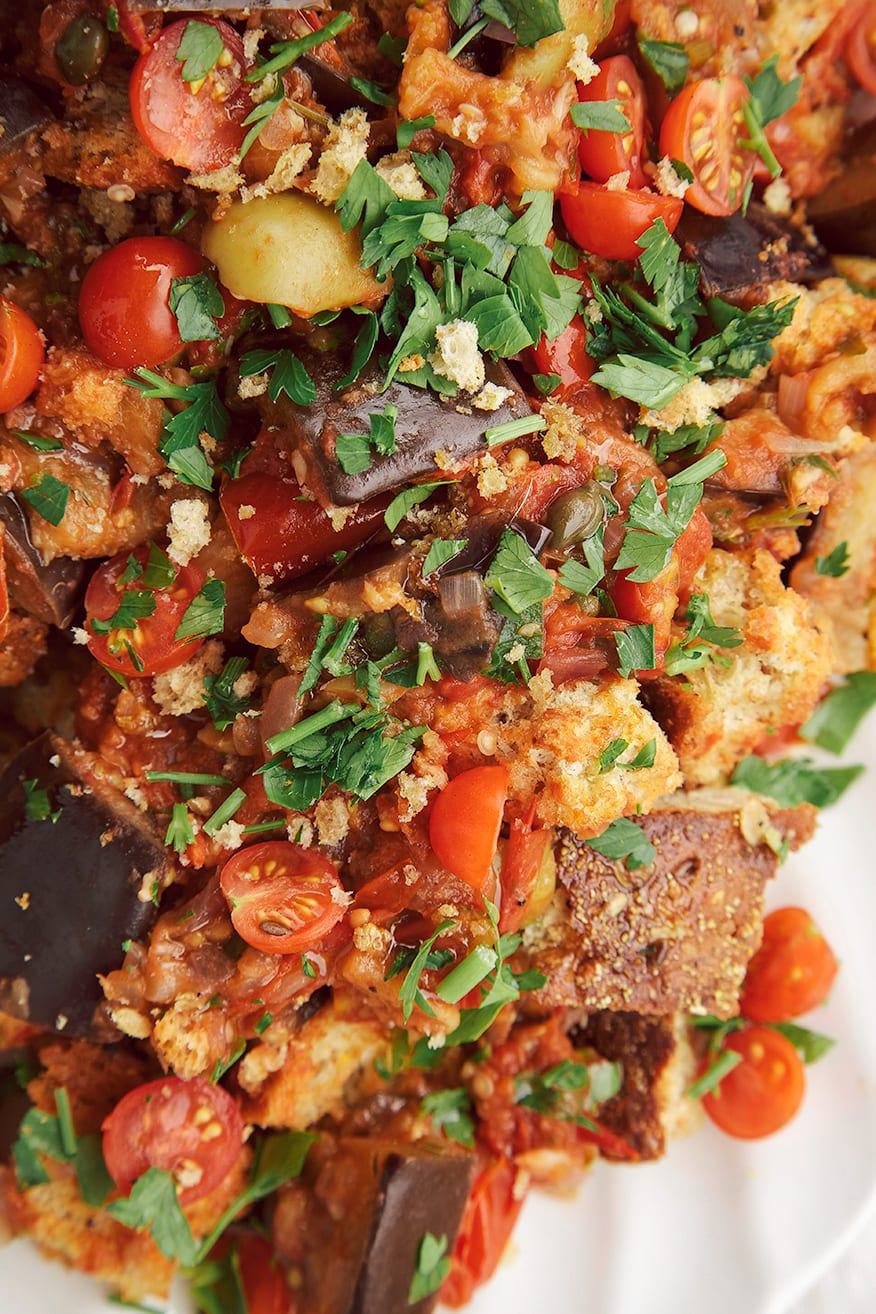 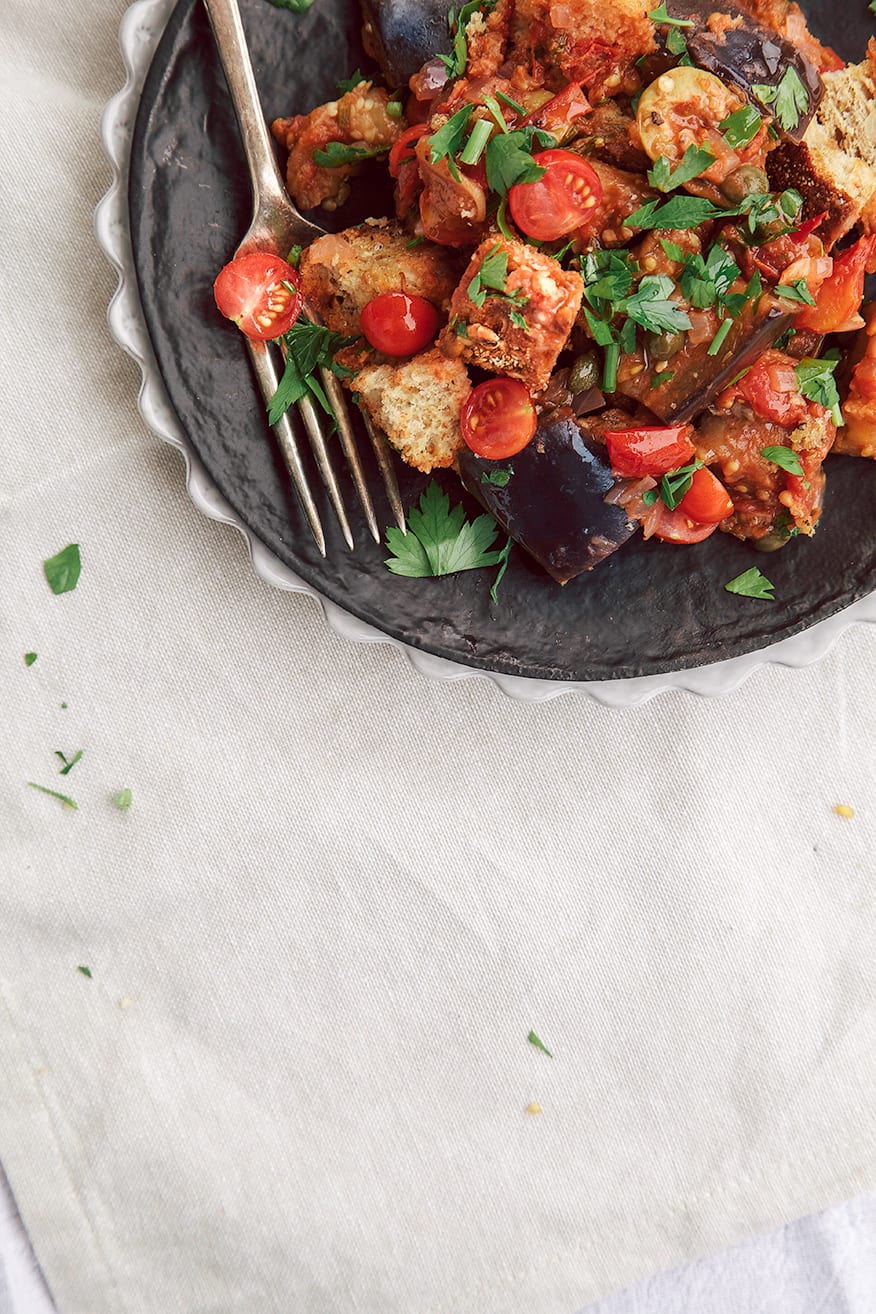 CAPONATA PANZANELLA RECIPE
Print the recipe here!
SERVES: 4-6
NOTES: It’s pretty crucial to cook the eggplant until it’s VERY tender, like a solid 15 minute simmer. Also, there’s a lot of salty bits in the caponata so maybe taste the finished product before you season the whole thing.

Preheat the oven to 350 degrees F. Line a large baking sheet with parchment and set aside.

Heat the olive oil in a large, heavy pot over medium heat. Add the pieces of eggplant and oregano. Stir the pieces around to coat them in the oil and herb. Stir the pot here and there until the eggplant is browned on all sides. Add the red onions and garlic to the pot. Stir it up a bit, adding a bit more olive oil if necessary to avoid sticking. Once the onions are soft and translucent, add the red wine vinegar. Scrape the bottom of the pan and stir the mix until the vinegar has evaporated. Add the capers, olives and tomatoes to the pot and stir. Allow the mixture to simmer for 15 minutes or so, until the eggplant is tender and the tomatoes have let out a bit of juice. Remove from the heat, stir in the parsley, season to taste, and set aside to cool.

Place the bread pieces on the parchment lined sheet. Drizzle with olive oil and season with salt and pepper. Toss to coat. Slide the tray into the oven and bake until golden brown on all sides, about 12-15 minutes, flipping them halfway through. Set aside to cool.

Combine the caponata with the croutons, stirring gently until just combined. Garnish the salad with a healthy drizzle of more olive oil, the halved tomatoes and extra parsley. I also like to scatter the crouton crumb-y bits left on the pan over the top of the salad for more crunch. 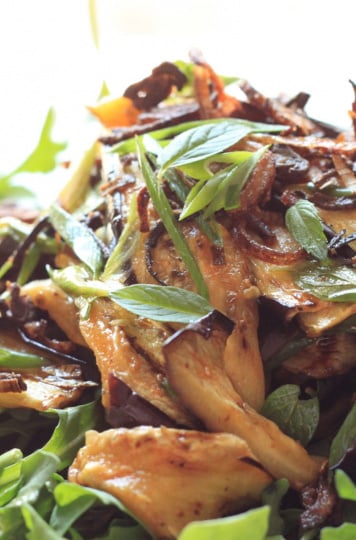 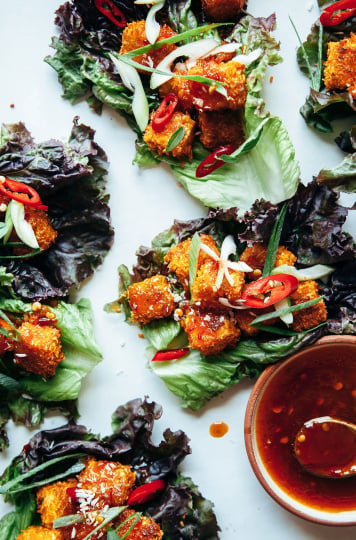 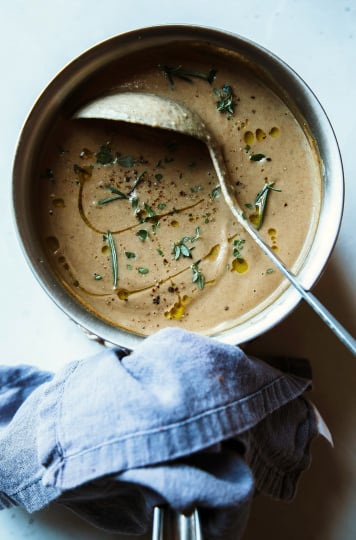