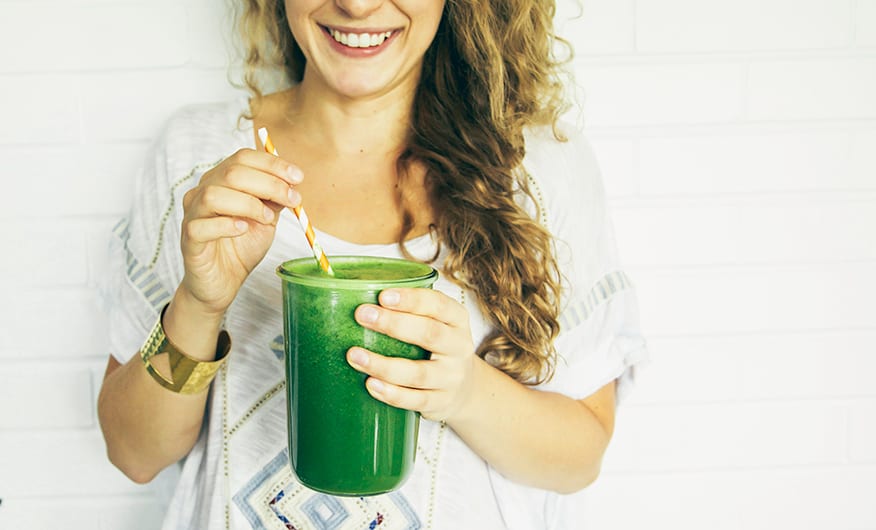 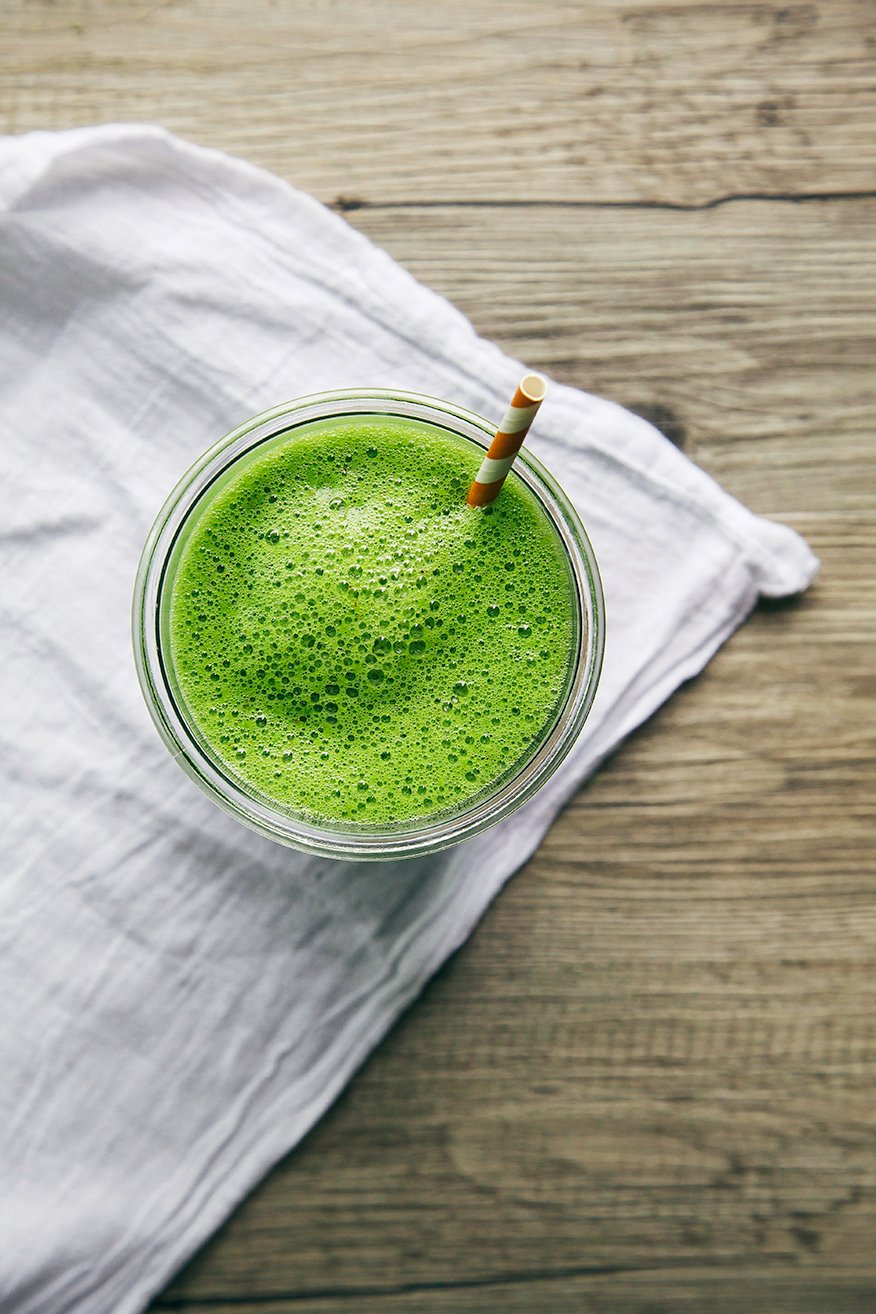 The first time I went camping, in my whole life, was only two short years ago. Our family holidays always saw us on a beach or at an amusement park in the winter because summertime was just too busy with gardening, work and being happy with the sun-dappled walls and rich soils of home. I had been with my man for almost a year when he proposed a little canoe + camping jaunt for a weekend in the summer. I was coming off of about 6 years in the city at that point. I didn’t really know if I was a wilderness enthusiast/type yet, but when I started to think about wood-fired breakfasts, the sheer density of trees, and when Mark mentioned offhand that the whole thing would be pretty romantic, I was in!

I bought some s’mores stuff, some cheap water shoes at Mark’s recommendation, worried about staying hydrated, made up little batches of homespun instant oatmeal, packed a Malcolm Gladwell book for extra lightness and some other things. We woke up way before the sun to start on the 5 hour drive. There were road stops. I drank a coffee (rarely, if ever, drank coffee back then). I couldn’t believe that even the little Tim Hortons shops were surrounded by conifer-draped cliffs.

We eventually got to the park entrance. The little shop that sold firewood also had a particularly rich selection of bear figurines. We set the canoe in at the launching point. The water was shallow, clear and cold. There were two mountainous hills covered in foliage straight ahead. Mark had told me that the 3 hour canoe trip we were about to embark on was pretty much rookie-level. I got a quick tutorial on paddling technique, but I had also prepared by doing some dry strokes at my desk informed by Wikipedia, so was basically pro at that point. Once we had been going for a bit and had separated from the other boats, this comment just spontaneously came out of my mouth: “It smells like mulch everywhere!”

So my initial brush with wilderness had me comparing its overall atmospheric greatness to that pre-bagged shredded business that you can buy for your garden to keep the moisture in and the weeds out. Totally normal!

I was hooked after that trip though. The quiet, the simpler mode of living, the romance of it, the warm glow of fire for hours at night, the growing optimistic hunch that maybe the whole world could be covered in trees.

This green drink isn’t exactly optimal camping food, but it’s been keeping me energetic while I sort out and check off what I need for our little wilderness jaunt this weekend (!!!). I go in phases where I absolutely love this stuff for breakfast. It’s green, sure, but it’s also minty, punctuated with a nice hit of lime, cold from frozen peaches/mango and lightly sweet. Sometimes I’ll tote one to work if I haven’t had enough time to rustle up a little meal pre-shift and it most definitely hits the spot. Anyway, I know there’s a lot of green drinks and smoothie recipes out there, but this one is my favourite because it really does taste great and I feel like a million bucks once I finish up that last sip. 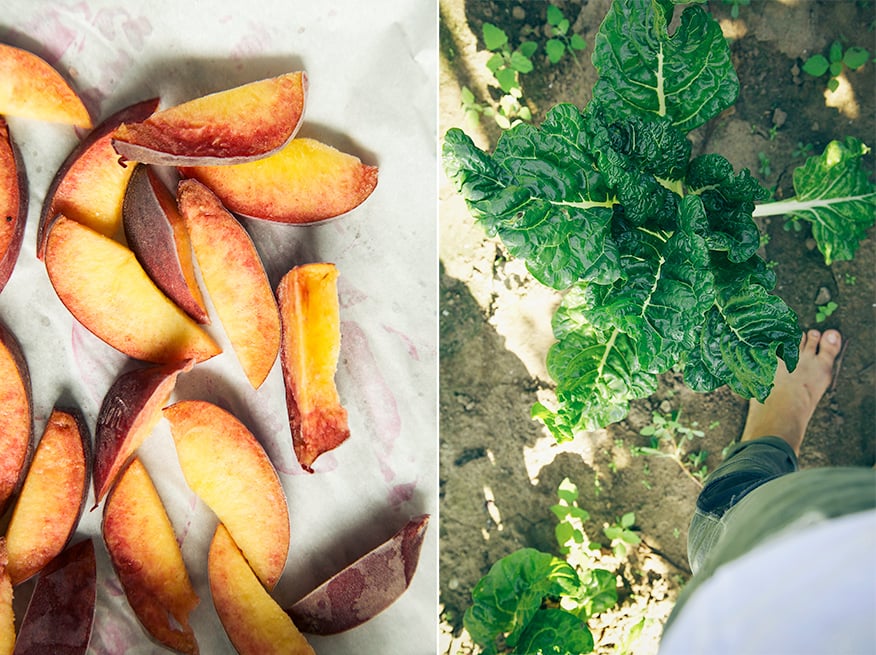 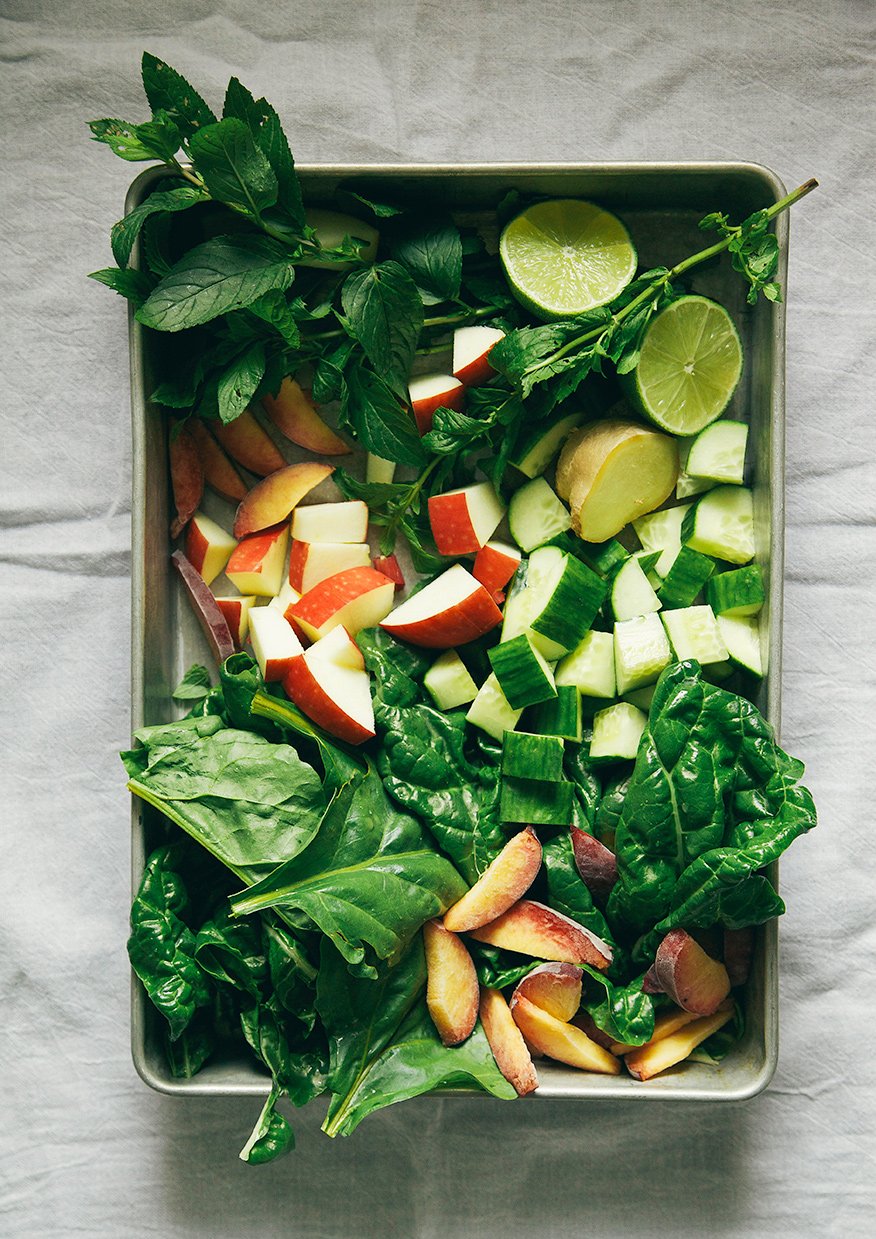 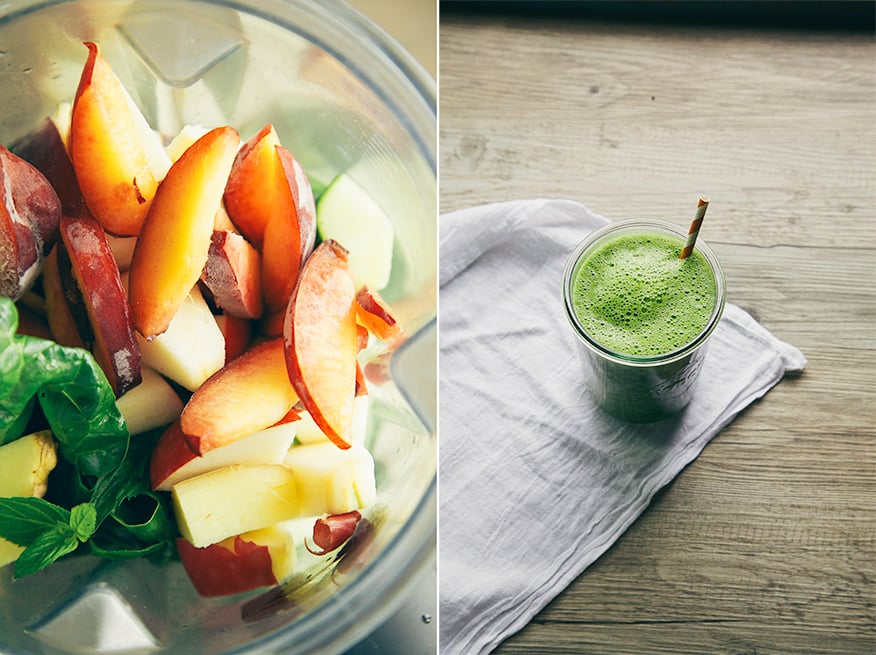 MY GREEN DRINK
Print the recipe here!
SERVES: 1
NOTES: I generally aim for milder greens here. I love kale, but it can be a touch strong in this particular application. Chard, spinach, romaine and beet greens are preferable for my personal taste. If you’re opting for filtered water instead of coconut water, I would add some more frozen fruit to make up the extra sweetness.

Combine all of the ingredients in the blender in the order specified and blend on high for a minute or so. Once the greens are fully incorporated/non-chunky, you’re good. Drink it up! 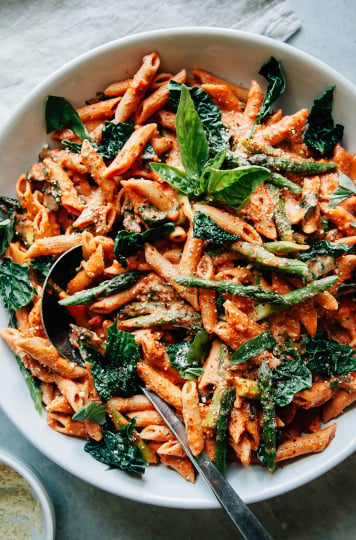 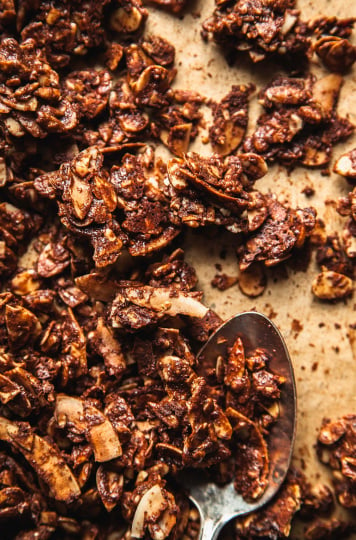 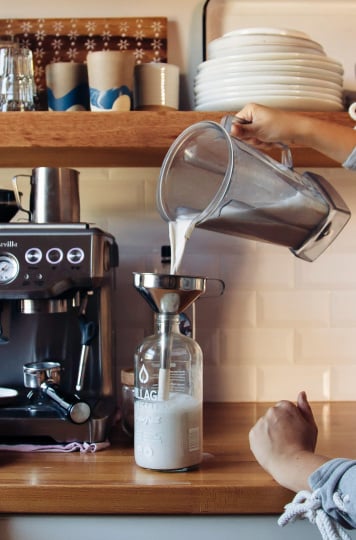