Sticky ginger tempeh with coconut rice is a super flavourful and easy vegan dinner. The tempeh is meaty and pairs well with the coconut rice.

Despite this post about sticky ginger tempeh today, I am really fussy about tempeh in general. I know that it’s good for me and that it’s a superstar source of vegan protein, but sometimes the flavour/texture of it doesn’t sit right. I’m not a picky eater, but there’s something about tempeh that presents a mental block for me. I will pump myself up to eat it, load it up with the flavours that I like, and then I’ll put one morsel in my mouth and immediately feel like spitting it out. What gives!

Every once in a while I hit on the right combination of cooking method and flavour treatment though. This marinated and grilled tempeh is a good example, and also this broccoli caesar with smoky tempeh bits from my cookbook is another application that I enjoy. Both methods turn to deep browning and big flavours for a tasty end result.

Maybe you’re wondering though: what even is tempeh? Tempeh is a fermented “cake” made from cooked soybeans (and sometimes other grains like rice or kamut) that have been inoculated with a fermentation starter. It’s been made and enjoyed in Indonesia for thousands of years. The fermentation process helps to break down the phytic acid in the soybeans and also enables better digestion of the starches.

The culturing is also what gives us the solid patty-like texture and signature nutty/earthy flavour. Tempeh can taste mushroom-y and this is likely because the culturing results in a thin film of mycelium (fungus!) that encases the soybeans. And a historical fun fact: It is thought that tempeh-making became an accidental byproduct of tofu making, which was introduced by Chinese immigrants to the island of Java during the 17th century. The more you know :)

Knowing its origins and production process, we can begin to understand why tempeh tastes so good with super punchy and rich flavours like chili, ginger, coconut, lime, and soy sauce, which happens to be the flavour profile we’re going with here in this recipe! We first steam the tempeh to remove any trace of bitterness. Then, it’s crumbled up and lightly browned, and finally finished with a tamari-based treatment with lots of ginger, garlic, a bit of sweetness, and some heat (which is optional). The sauce thickens slightly, clinging to the browned bits of tempeh. I opted to serve this with some coconut rice to make it a bit more special and to play off of the ginger and lime.

I also want to add that the flavour base of soy sauce, sugar, ginger, and garlic does have elements of the flavour profile of bulgogi—Korean marinated and barbecued beef. Definitely not saying that this tempeh is precisely like that dish—just acknowledging the sauce and flavour similarities. My recipe here does not have sesame oil and it also uses lime for acidity. If you want to read a bit more about bulgogi and check out a vegan recipe for it with soy curls, take a look at this post from the Veggiekins blog.

Hope you give this sticky ginger tempeh recipe a try—especially all of my tempeh skeptics. It’s sticky, salty, spicy, lightly caramelized, and bright. A huge flavour bomb with the most lush coconut rice accompaniment. The tempeh itself comes together pretty quick, which is a nice bonus! Hope you’re all keeping well out there.

Sticky ginger tempeh with coconut rice is a super flavourful and easy vegan dinner. The tempeh is meaty and spicy and pairs well with mellow coconut rice.
4.98 from 42 votes 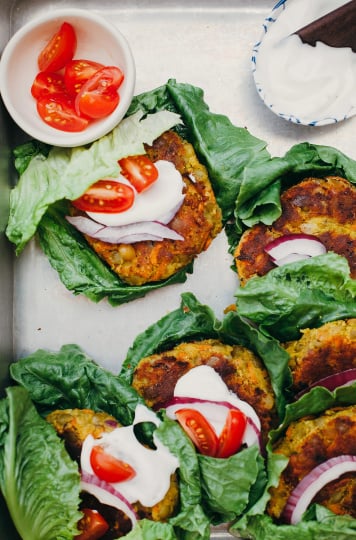 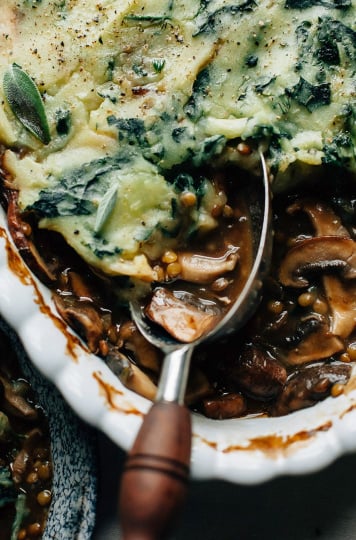 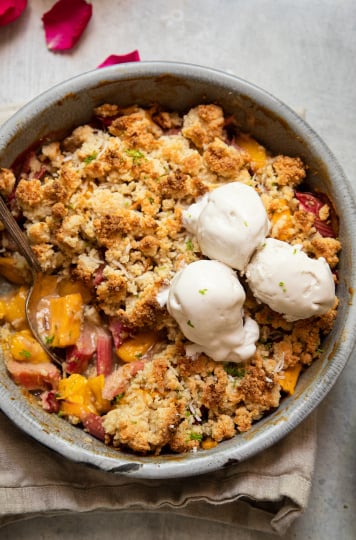